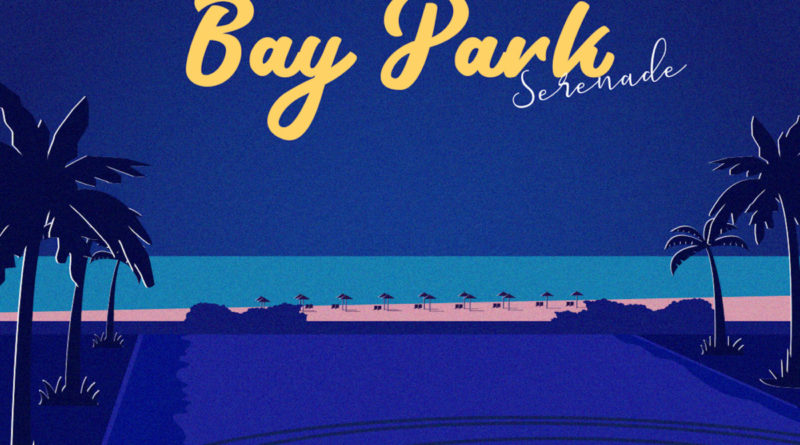 The moon is full tonight. Free of the claustrophobic city streets, your hand is steady on the wheel as you emerge into its warm light, the road ahead clearer now than it’s been all night. Rolling down your window, you can smell the sea before you see it. But you know that just ahead, beyond the boardwalk, the waves are lapping at the shore, gentle but ever persistent, as they have been for millennia past – and will be for those yet to come.

Cheesemind’s Bay Park Serenade is the sort of album that I’d want on the radio on this night, and one that’s transporting me there even now as I write these words. Hailing from the seaside Chinese metropolis of Xiamen, the three-piece writes melancholic, surf-infused pop songs that belies its goofy name (“We love cheese-flavored food, and the word ‘mind’ makes us feel more fancy,” says vocalist RabbitQ).

This five-track collection, released on Chinese/Japanese joint DIY label Sango Records, is the band’s first EP after a six-year hiatus, and a fitting introduction to the band’s sound. The band makes its intentions clear in the first lines of opener “Natural” (translated from the original Chinese):

Today’s breakfast less you nothing different

I changed a bedtime album seems very accustomed to

evening sunset street lamps instead of nothing is not the same

on your side but not speak it seems very accustomed to

There’s a confusion here around the pros and cons of the familiar, and I don’t think it’s just the idiosyncrasies of Google Translate. There’s a real recognition of that universal ache when something or someone is gone, and the escape that a good album can bring to so many broken hearts around the world. But Cheesemind also recognizes that change can sometimes be a launching pad for something more (and here I find it hard not to think about the Hong Kong protests happening as I write these words, a rallying cry for change that’s also built on the knowledge that we share more than we think).

Some of the most satisfying moments on this first EP are those times when Cheesemind gives you something you didn’t even know you needed, such as in the woozy surfgaze of standout track “Out of Focus (Solar).” And by the time the collection concludes with the aptly named “Out of Focus (Lunar),” the darkest night seems like only the necessary next step before the dawn.