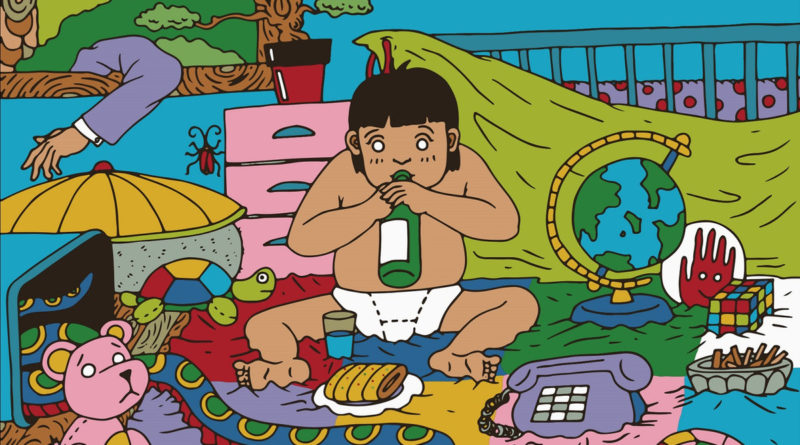 The full-length debut from the Daegu City, Korea-based trio Drinking Boys and Girls Choir evokes a very specific nostalgia for anyone raised on the caffeinated skate-punk and laid-back ska of ’90s Fat Wreck Chords compilations.

Indeed, the trio cites North American acts NOFX and Sum 41 as formative influences. But through Keep Drinking’s 18 hyperactive tracks, Drinking Boys and Girls Choir drifts freely from the template, making for a varied and dynamic listen. “Stay Here” goes straight for NOFX-worship as it shifts from driving punk to lilting ska, but “Song of Sincerity” offers a more earnest, pleading melody, feeling a bit like an intersection of Midtown and No Use For A Name. The uproarious “I’m A Fucking McDonalds” is a snotty hardcore blast, while “Little Brother” fuses Lemuria-style indie-pop with quick splashes of two-tone syncopation.

Throughout, Keep Drinking highlights the irreverence and humor of its influences, without relying on simple mimicry. Clearly, Drinking Boys and Girls Choir don’t mind injecting their love of ’90s punk with a healthy dose of idiosyncrasy — much like Shonen Knife transforms Ramones-worship into a more colorful comic-book pop.

The Korean act’s commitment to its own instincts extends to its business practices as well. While most of the DIY scene that fostered the band early on moved to Seoul, Drinking Boys and Girls Club chose to stay in Daegu City, drinking, skating, playing punk and “nurturing a sustainable local scene.”

With a sound as infectious as this, it’s hard to imagine they won’t be a magnet or a catalyst for more exciting acts. But regardless of the state of the scene, Drinking Boys and Girls Choir leave a mess of good times in their wake on their pogo-prompting debut. We’re glad to keep drinking this Kool-Aid.