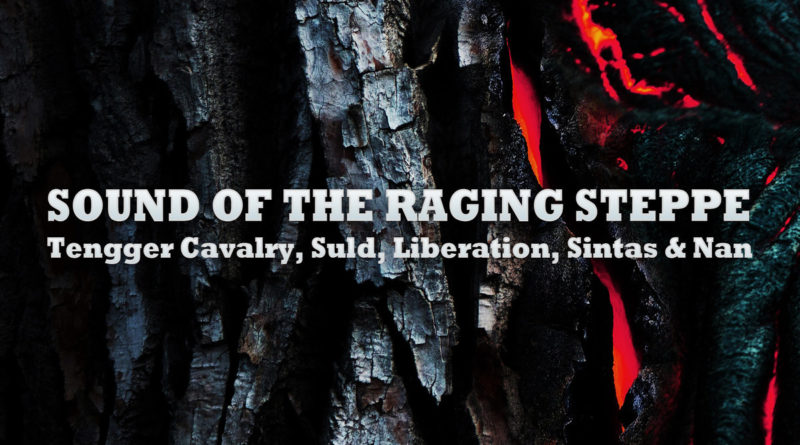 Regional compilations have long served a vital purpose in underground music, shedding light on local scenes, and giving exposure to up-and-coming acts that could use a leg-up in reaching beyond their geographic area.

Classic comps like, This is Boston Not L.A. , Flex Your Head, and Not SO Quiet on the Western Front, helped the spread of hardcore punk in the ’80s by introducing bands from the Boston, D.C., and Northern California scenes, respectively.

With Sound of the Raging Steppe, Tengger Cavalry frontman and comp curator Nature Ganganbaigaali aims to do likewise for the Mongolian and Kazakh folk-informed heavy rock outfits of northern China.

Introducing the compilation, and the label promoting it, Tengger X Cavalry Recordings, Ganganbaigaali has said, “If you get in a car and drive north from Beijing for six hours, you will reach the vast grasslands of the nomads. Within those grasslands and even the mainland, there are many amazing metal bands. The purpose of this label is to build platforms for those underground or uprising Asian heavy metal bands.”

Still, the compilation’s most interesting and exciting moments are often the least metal. Take, for instance, Sintas’ “Wild Horse,” which winds its way from a laid-back melody that wouldn’t sound out of place next to vintage indie rockers like Sebadoh or Pavement. Or dig into Nan’s “Shaman,” which veers from brutal groove-metal toward funk.

Throughout, the compilation offers exciting revisions of Chinese, Kazakh and Mongol folk traditions, and shows the versatility of the region’s rock scenes. And, in drawing such deep influence from its geography and regional history, Sound of the Raging Steppe makes it perfectly clear, this is Beijing not LA.