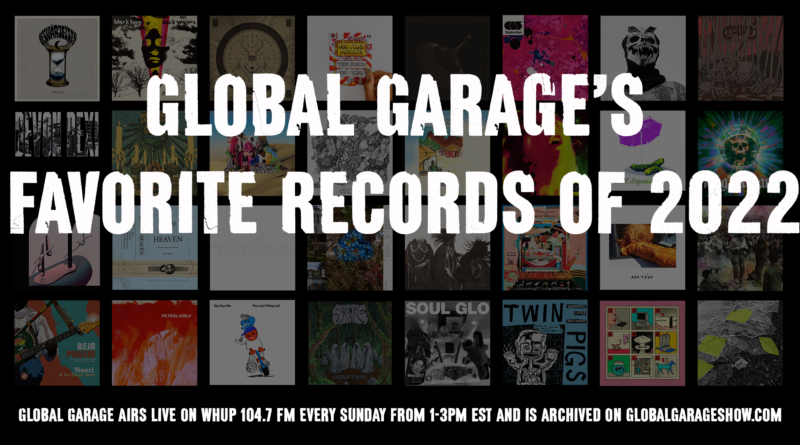 What even was 2022? A war broke out and dominated the news cycle for a few months until the global consciousness generally forgot about it (yeah it’s still going on), the US Supreme Court is a farce in the face of human rights, and Elon Musk bought Twitter – to name a few things. Fortunately, there was some DAMN FANTASTIC music put out into the world this year to help us cope through the chaos. As usual, we put together are far-from-comprehensive list of a few of our favorite records from this year. Here they are, in alphabetical order:

Conan – Evidence of Immortality (United Kingdom)
Titanic bangers from one of the heaviest bands in doom. – Ryan

Imarhan – Aboogi (Algeria)
Channelling not just the voices of their Tuareg ancestry but the entire new African generation, Imarhan’s music is as vital as it is thrilling. The new album features appearances from musical luminaries such as Mohamed At Itlale (Japonais) and Abdallah Ag Alhousseyni and production by Gruff Rhys. Each song feels like an offering for a better world. – Paul

Karl Kave & Durian – Total Liquidation (Switzerland)
Minimal wave is alive and well thanks in part to Karl Kave, who released two albums of “existential synthpunk” in 2022 — this one and his solo Doomsday. The collaboration with Durian creates exciting moments of transcendence and allows the playful sense of humor to come out — “Patriarchy makes cucumber salad!” he opines on the second track. – Paul

King Bastard – It Came From The Void (United States, New York)
I think this record is best described visually by its own psychedelic album cover which features a skeletal astronaut and perfectly encapsulates the cosmic psychedelia and existential dark void of space sonically represented within It Came From The Void. – Ryan

Lastryko – Sesje (Poland)
Specializing in the sort of longfom jazz-inspired space rock that El Paraiso has cornered the market on, Lastryko’s new album delivers exactly what you’re hoping for. – Paul

Lolina – Face the Music EP (United Kingdom)
Ex-Hype Williams/Dean Blunt collaborator issues a new EP of funky no-wave dance music that would easily have found a home on Ze Records if it had been released four decades earlier. But this is no mere throwback, capturing a peculiarly online aesthetic that only continued to blossom in 2022. – Paul

Messa – Close (Italy)
A beautifully composed record on which the labor of love is audible. Messa transcends their genre by allowing the various musical influences of individual members seep in and make something that is greater than the sum of its parts. A record has not felt this “fresh” to me in a long time. Forget 2022, Close is a masterpiece that successfully smashed its way onto my list of alltime favorite records. – Ryan

Moin – Paste (United Kingdom)
This London group has carved out its own niche somehwere in the uncanny valley between chilly electronic manipulation and grimy ’90s rock experimentation. The new album traces out the anatomy of our collective modern psyche, some post-human beast slouching on its way to be born. – Paul

Moura – Axexan, espreitan (Spain)
I returned to this record a lot over the past year for it’s genre-bending, captivating compositions that combine kosmische and Galician folk. – Ryan

Viagra Boys – Cave World (Sweden)
This satyrical almost-concept-album skewering Q-anon conspiracists and the terminally online with otherworldly danceable gooves is 100% the vibe that sums up 2022. – Ryan

Winter Severity Index – Disgelo (Italy)
Does it snow in Rome? Italian outfit Winter Severity Index would have you believe so with their trip-hop-inspired coldwave transmissions, which has the sheen of high fashion one would expect from the city along with an authenticity that cuts like a knife. – Paul 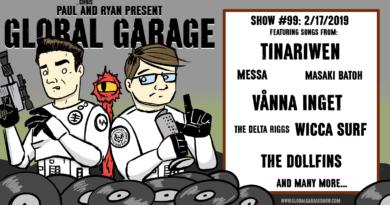 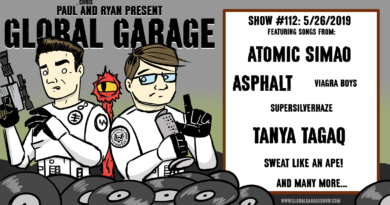