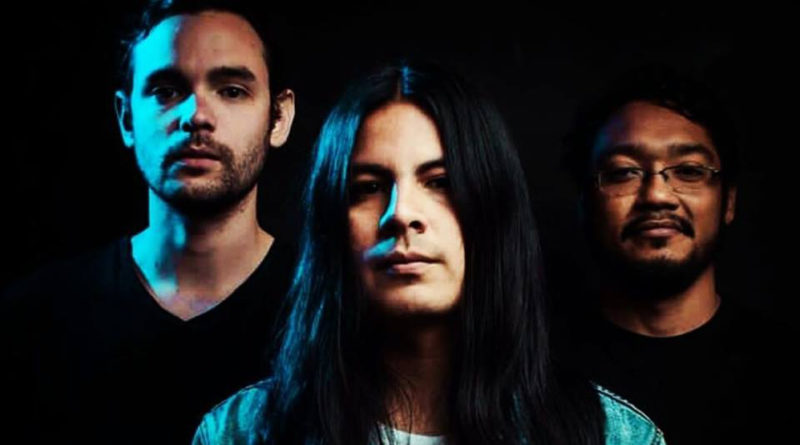 We’ve said time and again that the stoner doom/heavy psych scene in Latin America is thriving, though Ancestro are from an area in Peru where that breed of heavy psych is not as prevalent. This rock trio blasts out fuzzy riffs that would make a Chow Chow dog jealous, but their sound also explores spacier territory and, at times, shorter jams that border on instrumental hardcore such as “Aguijón” off their 2017 release El gran altar. The band’s drummer and co-founder, Diego, provided us with the band’s answers to this week’s “Five Questions with…”

Boris and I met in a 60s, 70s, heavy metal / hard rock cover band in 2009. We always wanted to do something deeper, heavier and psychedelic but we didn’t had the influences yet, so the project was left behind. Years after, I met Jorge because my guitar needed a rehab and he’s also a well known luthier in our city. We formed the first “Ancestro” in 2013 but it didn’t last. After that, Boris and I called drummer Rod Hiraoka to join the band in July 2015. We released El regreso de los Brujos (2016) and later that year Victor Garcia took the place in the drums and had a year to record El gran altar (2017). Finally, he left the band last year and called back Jorge to join in the guitar and I (Diego) became the drummer.

Very diverse but still small. We are the only active band playing this kind of music and we have a very limited fanbase in Trujillo. There are more pop/dream pop/emo-oriented bands developing and having success in a younger generation. There are not such a stoner rock/heavy rock/doom scene over here so we use to travel to Lima (the capital) where there are a lot more of fans and bands. It’s amazing how the scene in Lima have been growing through this last 5 years or so. Rock and roll in general is not that popular here. Most of the rock bands are cover bands playing the same stuff over and over again to the same audience.