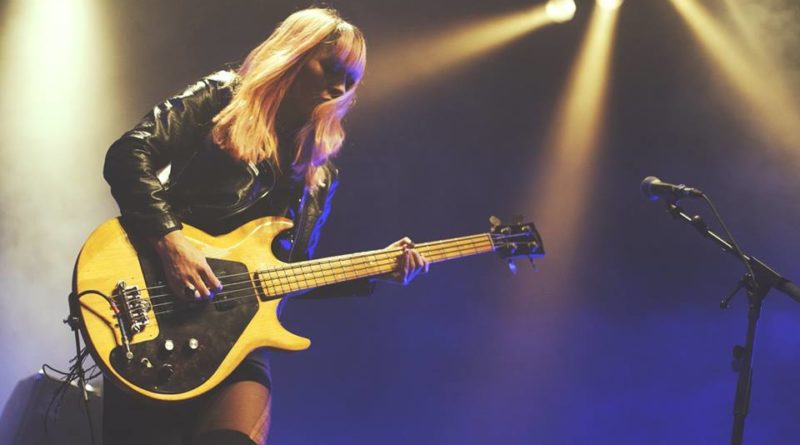 Romantic relationships in bands can be a tricky proposition, but when both parties are in sync, the results are pure magic. Such is the case with the couple of Martin L Guevara and Coni Duchess who, as Capsula, have been blessing the world with their particular brand of psychedelic space punk since 1998. The band’s name comes from Bowie, but that only offers the tiniest clue to the band’s unique sound. In March, the band released its new album Bestiarium, inspired equally by ancient bestiaries and a 60-year-old Jean Cocteau film (more on that below). In a particularly synchronistic twist, the band utilized digital algorithms during the writing process to access a distinctly 21st-century surrealistic strain.

Coni: We met with Martin at a party in Buenos Aires, Argentina. He was listening Bowie´s Ziggy Stardust album every day and I was doing the same with Lou Reed´s Transformer so those albums influenced our paths for sure.

Coni: We are originally from Bs As, but we are aliens living in Bilbao in the Basque Country, north of Spain. We love this area of rainy mountains, surf beaches and also antique and industrial ports. Here people speak in basque, an isolated language. In the 80s it was very influences by punk music as The Clash, and then it was all about noises and guitars from the 90s. We bring our South American underground culture that is more linked to 60s and 70s spirit of rock n roll as tool of freedom, so it is incredible for our brains to live with all these mixes of times, cultures, expressions, punk music and noise guitars.

Coni: Right now medieval Bestiariums, science fiction and Jean Cocteau who left a film from 1962 asking to the people of 2000 if we are already robots. I love to see that film before dreaming every night.

Coni: This is a hard one to answer. Touring with Os Mutantes from Brazil was amazing. Playing with Iggy Pop in Spain was our dream come true! And of course opening for Pearl Jam in a stadium in Argentina with McCready using a Capsula Tshirt. That was fuzz love!