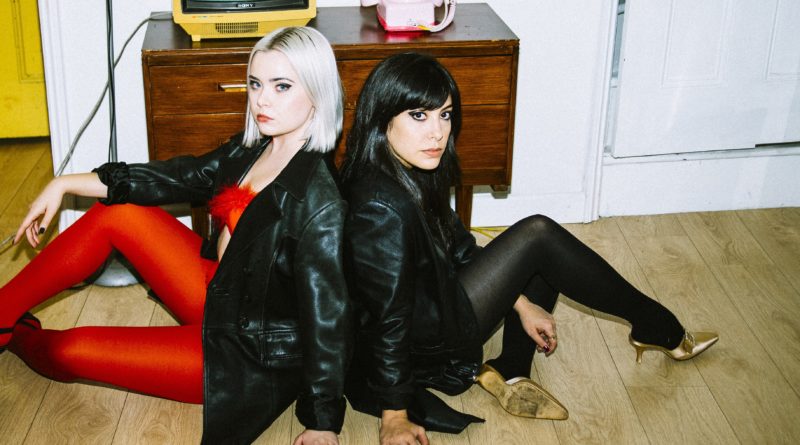 Cherry Pickles will harden your nipples and, after listening to their most-recent release of the same name, I’m inclined to agree. The Birmingham, UK duo’s lo-fi surf-laced garage pop charm is omnipresent from the first track to the last. This international duo’s music will leave you with earworms crawling inside your head, causing you to long for a visit to the soda fountain (to get a spiked soda, of course) with your friends.

Cherry Pickles Will Harden Your Nipples was released earlier this year and the band is already getting ready to record their next album in Sweden (where their label, Pnkslm, is based).

Mimi: The B-52s’ self titled album. If I was literally stuck on a desert island, I think it would provide the perfect backdrop while I scavenged around trying to create some piña coladas.

We don’t remember, but we think it was in a pub’s bathroom.

Priscila: I haven’t lived in Brasil for a few years now. But my home city, Brasilia, has hardly any underground scene, despite the fact that is the capital of Brasil and it’s populated by the children of the government, who should wanna rebel and play punk music. The rest of Brasil, tho, has a really good thriving underground scene for all kinds of genres.

Mimi: I’m looking forward to touring around the UK to discover more of the underground scene all over the country. In Birmingham though I’m loving the local bands The Cosmics, Brain Food & Cave Girl at the moment.

Mimi: I find it hard to separate music from anything else because it’s such a driving force for creativity. Vivienne Westwood has always been a personal hero and she was completely entwined with the whole UK punk scene, so I love it when different arts inspire one another.

Priscila: We’ve supported great artists before, like Ian Svenonius and Calvin Johnson, but I particularly loved this one we played at SXSW in a backyard on a tiny stage, for about 4 people. In the crowd there was one cowboy, one guy in a space suit and our two bosses from Pnkslm, Luke and Joel.