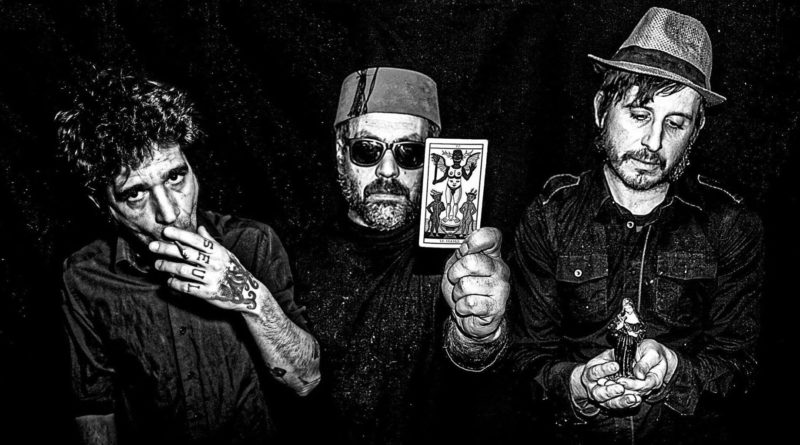 Lo Spider has kind of been an unofficial superhero in the Global Garage universe; a seemingly-mysterious character who just so happens to be on the majority of album production credits for garage punk & psych records coming out of France these days. In fact, I’m almost surprised when I find out a new French record we’re spinning on the show DIDN’T pass through Swampland, his recording studio.

So, when the fine folks at Voodoo Rhythm Records reached out with a preview of the new Destination Lonely record (featuring the one and only Lo Spider himself) along with a request to participate in our Five Questions With… series, I had to say yes! The legend of Lo Spider continues; our respective stories now further entwined, but Lo Spider isn’t the only driving force behind Destination Lonely, combined with band founder Marco Fatal and drummer Wlad, the band’s shared CV as scene veterans is extensive.

Nervous Breakdown is a double LP out today on the legendary Beat-Man’s label, Voodoo Rhythm Records. The band is currently booking some concerts in France right now with plans for a European tour in May.

The 1969 Matrix Session of The Velvet Underground… or Funhouse by the Stooges… or the Sympathy Sessions of the Oblivians… Anything from the Country Teasers… It’s So Hard to Tell Who’s Going To Love You by Karen Dalton… or Maybe Robert Mitchum’s Calypso album, so we can dance naked under the sun…

We know each other for more than 25 years. We played in different bands (Beach Bitches, Space Beatniks, Fatals, Jerry Spider Gang, Kung Fu Escalator…) and went to see or play with all these bands even if we didn’t live in the same cities at that time (Perpignan, Toulouse… always in the south !). Later I played in a band called Blew-Up! with Wlad, our actual drummer while Marco Fatal began Destination Lonely in Perpignan… After a few records and two different line-ups, he asked us to join the band…

A lot of cool bands but not so many places to play!

We really enjoyed to play the Binic Folk Blues Festival in Britany it was a big challenge in front of 7000 people… But we also like to play for 10 motivated people in a shithole.