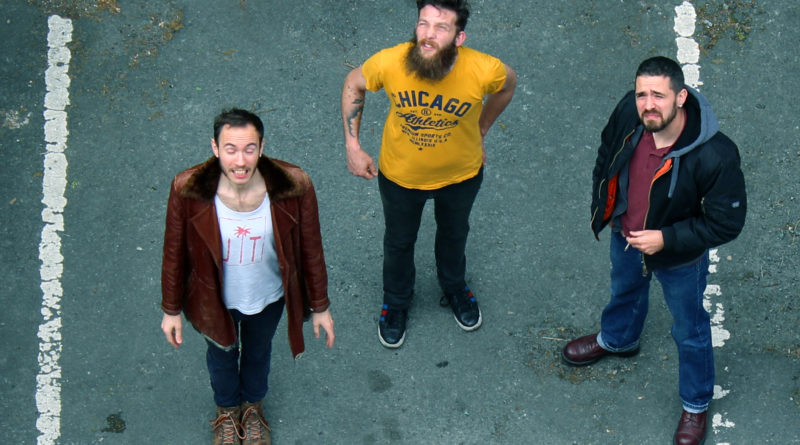 I first heard Double Cheese when I digitally embedded myself in the French garage punk scene, cruising the Frantic City Records Bandcamp page (which released a 7″ in 2016).

Hailing from La Rochelle, the band kicks out fun, raw garage punk with a slightly off-kilter-charm that seems to define the current sound coming out of France. Their second, and most recent, record, BRAIN DAMAGE, was released earlier this year and is an absolute burner that features grimy guitar solos and conjures up the smell of sweat and spilled beer. In other words, it’s fuckin’ rock’n’roll.

The band is working on their third release which is set to hit our eardrums in the spring of 2020.

Willy and I (Ugo) meet about 15 years ago, we were the only kids in town of our generation that no one would invite to parties because they were scared we would make a circus and they were right to be honest we were just out of control. A Match made in heaven right?

Rémi joined the band on the second album back in 2018, he managed to come an hour late to the first band practice and we thought: that’s the guy.

Very very developed, the garage punk scene never really dies it seems, but loads of venues are closing down lately and that’s a big thing that everybody needs to carefully think about.

I don’t know that’s just to difficult to give an answer. I mean there is so much that can drive you and I hope that everybody has many driving forces around them because life works this way: surround yourself with inspiring people, you will benefit from it and, oh, and share because it’s all about sharing too. That’s the key you know?

It has to be Binic Festival in 2017, some guy just randomly through an inflatable pool and started to ride the motherfucker on top of the crowd. It was packed, I mean somewhere between 2000 and 3000 people I’d say. It was crazy never saw that many people coming and enjoying our music with us, it was just a great memory but there are so much more you know it’s just one of them.