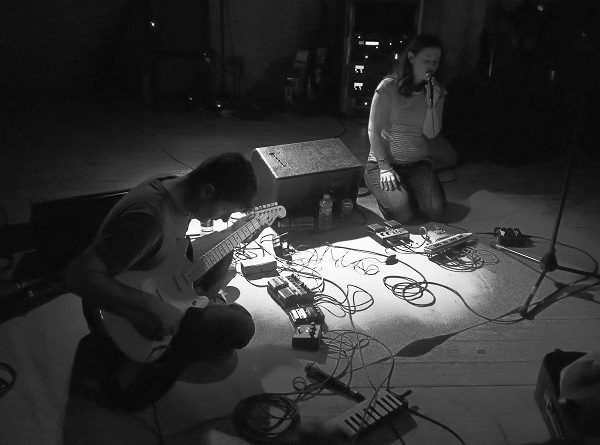 drone à clochettes is the Paris-based recording duo of Thomas Robyn (Oldine) and Elisa Krywonis, who create hypnotic improvisations that manifest themselves somewhere between the avant-garde guitar explorations of Glenn Branca and the ambient psychedelic folk experimentation of the Six Organs of Admittance family tree. Their newest album is either self-titled, untitled, or titled “-” depending on how you look at it — either way, these four haunting tracks are well worth the listen, especially this winter season.

We met in Montreal at a concert of Oldine and Tamagawa in 2009.

When we played in Saint-Etienne in the middle of France. People were receptive and friendly.