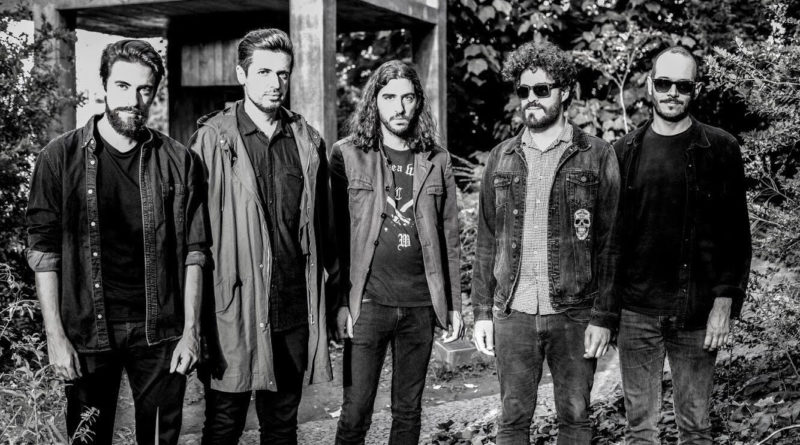 Farsa is a heavy post-hardcore band out of Portugal — heavy not just in their pummeling sound, but in the ideas that fuel the six tracks on their excellent debut EP, Tempo Morto, and expanded on in their answers to this week’s “5 Questions.” With lyrical touchpoints ranging from Marxist theorist and filmmaker Guy Debord to anarchist writer Albert Libertad, Farsa rails against the daily oppressions of modernity as uniquely experienced in their native Lisbon, yet increasingly felt by young people around the world who refuse to be shackled by decaying systems of power and tyranny. The fact that the gang’s righteous anger never diminishes the power of its anthemic punk missives doesn’t hurt, either. Thanks to the guys for their time.

Well, it’s a tough question since we all have different tastes. Probably, it would be more interesting to take this discussion to the desert island, spending the rest of our lives around it and never reaching any common ground. Maybe it would even result in each one of us going to its side of the island, establishing five different states and starting a war based on that disagreement. But to choose an album we all like and that had an impact to us all in some sort of way, we would say “The Shape of Punk to Come” (1998) from Refused. This doesn’t mean that we still listen to it on a regular basis nowadays. But the audacity of it – both in content and music – provoked in us some kind of enthusiasm and perplexity by the time we discovered it. We could say that it deeply influenced our way of perceiving music and the world.

We met each other around 15 years ago (some of us even longer) in the Portuguese hardcore “scene”, that was very dynamic and politicized at that time. We had our first band together in 2004, without having any previous experience playing an instrument. Meanwhile, some of us had other musical projects, while others were away from the stage for a few years. However, our long-lasting friendship, the fact that we’re still angry regarding a lot of stuff and some kind of a premature middle age crisis, reunited us once again to scream and make some noise.

The underground “scene” where we came from, and where Farsa would fit in better, is not particularly active nowadays. There are less bands, less shows and even less ideas that challenge us. Quite the opposite of what happened when we got into punk and hardcore. But, to be honest, when we started this band we didn’t make it in order to fit in a specific musical “scene”. Our sound, being far from original, it’s quite different from the majority of bands that exist nowadays in Portugal in this specific field. However, Portugal is a small country, centered in the major cities (Lisbon and Porto). It has a variety of scenes, more or less closed, spread around different places. Some grow enough to have some visibility, but it’s not easy to enter those different circuits. And we must say that being a bit lazy also doesn’t help. But since the underground scene is not only made of bands, we would like to mention that there’s a place in Lisbon today like few in the past: a social center called Disgraça, kept in a DIY way for some years now (actually it’s their 3rd anniversary this week), where all sorts of activities take place and where all sort of bands play.

As a band we’re influenced by a lot of things. What joined us, as we said previously, was the relationship that bonds us, friendship. It may seem like a puerile thing but it’s much more than that. And that friendship it’s not only an influence because we like to be with each other but, especially, because of the perception that the time we spend together, and the way we do it, allow us to look at the world in a critical way and, in a certain sense, to subvert it. The time we spend together is unproductive (economically), a time that is not measurable by the idea of value that reduces all of our life dimensions to a single calculation; it’s a time without the cynicism that is present in all our daily relationships and professional lives. It’s a selfless time. Being together helps us to resist to what the world wants us to be. All friendships have an infinite creative potential, a capacity of creating new worlds, and that’s what we constantly strive to do while we are together. Because of that, our friendship is not a way to isolate us from the world. The band serves to keep us in contact with the world. It’s our way of saying that we refuse a world “in which the guarantee that we shall not die of starvation entails the risk of dying of boredom”. In other words, our friendship constantly reminds us that the shitty lives we have and everything we feel it’s not primarily our fault, it’s a common condition tightly related to the power structures around us. Hopelessness is not a chemical decompensation. Given that, we don’t want to face that problem solely relying on anxiolytics and other kinds of panacea that are created to tolerate the intolerable. In short, our influences are what rest in the spirit of times, in people’s minds, in the burden each one of us carries individually, and that we insist on doing it, even knowing that it is a collective burden. It’s in the future that was stolen from us, leading us to put almost all our priorities in the present, and in the belief that who built all the futures that existed, and allowed us to walk, can always build others.

We only played three shows as Farsa, so, maybe, our favourite show until now was the first one. Not only because it was the first time that we were able to show a larger audience what we were doing together, but also thanks of the positive feedback we got. Moreover, it happened in a special place to us, Disgraça, a place where Lisbon breathes unlike any other place nowadays: an independent, open and liberated space for everyone. 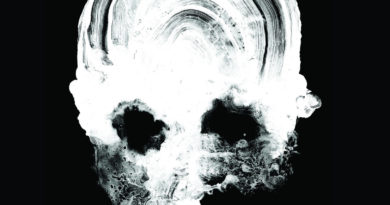 Album of the Week: Daughters – You Won’t Get What You Want (Ipecac)

October 29, 2018 Bryan Reed Comments Off on Album of the Week: Daughters – You Won’t Get What You Want (Ipecac)