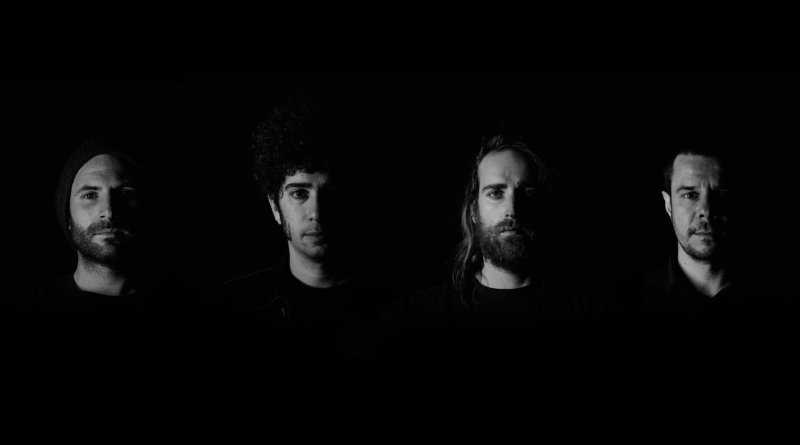 The psych rock being created around the world never ceases to amaze me. Be it from Argentina, Denmark, or Thailand – there are wonderful aural specimens that are sure to transport listeners to far corners of the previously unimagined universe. Here the Captain Speaking, the Captain is Dead, hailing from Valencia, Spain is one such specimen of such otherwordly musical bliss. Here the Captain channels krauty space jams that are sure to help you leave all your troubles behind and hangout among the stars. Ethan, the band’s synth player and co-founder, provided the answers below on behalf of the band, answers which are best read with their 2018 self-titled debut plugged into your ears.

Awwww I lose sleep thinking about these excellent, hypothetical questions! Really, I do!

Without a doubt Ash Ra Temple would be on our deserted island’s playlist. Probably “Inventions for Electric Guitar,” but we’d be on that motherfucking island for a while, so I might grab the “Private Tapes” to really zone out.

We all knew each other from the scene here in Valencia. Each one was playing in different psych/rock type of bands. It was originally Lucas (drums) who contacted me about doing a more classic 70’s krautrock/spacerock type of project. At that point, it didn’t work out for our schedules. He moved on with another bassist and guitarist (Dela and Adrian) – who later left the formation- giving way to our current lineup which is with Josu- (Joshua in English :)) on Bass, Xavi, (Chavi in English :)) on guitar, me, Ethan on synths, and Lucas drumming, a lot of swapping and fine tuning in the lineup, but things are better than ever, 4 people who are in the same spaceship with their coordinates set for the same center of the same sun.

Valencia is a great city, it’s not as big as Barcelona or Madrid, but this can also be a slight deterrent for cool bands to come to Valencia. Regardless, it makes for a lot of DIY shows in the area, from metal to punk to electronic parties, there’s a lot to choose from, and this creates bands who are serious about their sound and their audience, and I think we try to include some level of eclecticism in our shows to bring people in from different scenes and have some face melting parties.

After/during/between songs in rehearsal Here the Captain gets into some pretty heady conversations about film. Everyone in the band is quite influenced by audiovisual art and cinema- from B-core trashploitation films, to sci-fi, to 80’s flicks, to biopics, etc.

We are very excited to be doing a soundtrack for a film that we all love, “Le Planete Sauvage” (1973) which is “The Fantastic Planet” in English, directed by Rene Laloux, this October in the French Institute of Valencia, where the film will be projected and we will do a live, extremely psychedelic soundtrack for the film under the projection.

A definite highlight to the band’s history, has been opening for Acid Mother’s Temple in 2018 when they toured Europe. We had a lot to do with booking and promoting that show, and it was an excellent performance where I think the band really embraced even further the concept of space rock/kraut that would create huge plateaus of motorik grooves combined with the lysergic interludes that are defining us as a band now.

Thanks a ton to everyone at Global Garage, and all the listeners! We’re really excited for what the near future has ahead, all the great shows we are planning and when we can get the chance to visit you all in Hillsborough or Asheville or someplace close!