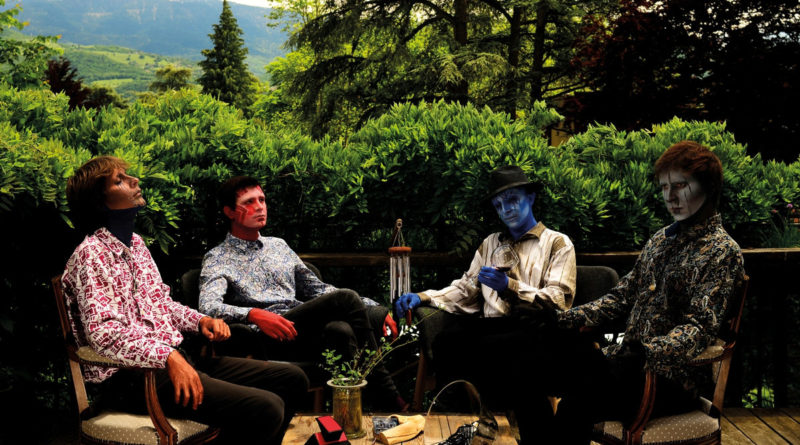 Late last year Hold Station embarked on a tour supporting their new record that took them as far as Serbia. You can hear the record digitally (below) but, for you vinyl junkies, don’t worry there are LPs on the way.

King Gizzard & the Lizard Wizard – I’m in Your Mind

The band started as a jam project in high school, where three of the current members met and started playing together in various projects. After the departure of their original vocalist, they asked Nick in, and the band turned to more psych-garagey music, started playing more shows, ended up recording albums, and here we are!

Underground scene in France is very diverse, mostly centered around punkish genres, there’s also a tendency towards gentrification of the scene, with more expensive poshy places opening and claiming their part in the scene, while also bringing in new neighbors, with as a consequence the en masse closing of legendary places… There are many different types of scenes which, unlike in other countries, are pretty distant from each other, but the true DIY network is still strong and interconnected throughout the country.

For our last record we’ve developed a taste in SF and utopic literature, which seem very much relevant these days (see Asimov, Orwell…). We feel it’s important to acknowledge the visionary nature of these writings and transpose their spirit into today’s world, to show its frightening side.

This is a tough question as we all have different memories of very different shows, but one common great memory we have is Vibra festival in Balboa (Spain), a lovely little festival in a town in the hills of Galicia : a river running through the village, all-night shows in old traditional houses made of brick, wood and hay, everyone was very welcoming to us, it captured the “hippie” relaxed spirit perfectly, and even though we drove about 1000km to get there we immediately felt like home!