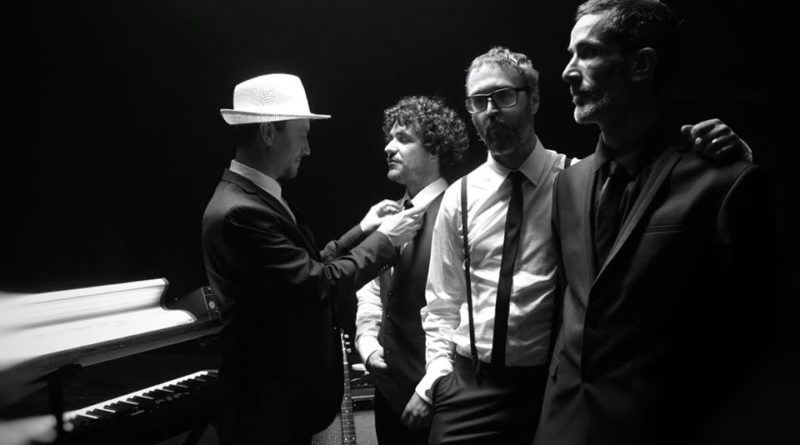 The country of Andorra occupies about 468 square kilometers nestled between France and Spain and, given its size, I wasn’t sure we’d be able to find a music scene within the Global Garage wheelhouse. I was wrong and, unlike the geography of the band’s home country, the sonic explorations of Hysteriofunk cover a lot of ground. Rooted in what could probably be best described as jazz fusion, the band travels into post-rock, electronica, funk, and prog territory. The compositions are beautiful, compelling, and enlivening.

Hysteriofunk has 5 members with very different influences. From 90’s funk metal (RHCP, RATM), and funk bands like Jamiroquai, James Taylor Quartet or Incognito, to progressive rock bands like King Crimson or Genesis or Chick Corea. Any disc of those bands could be a good one to take away to an island.

Lluís, Roger and Oriol we played together since we were 14, it was in 1989/1990, we met at school and we started to investigate with different styles.

After that, Òscar joined the band in 1996, and this was the start of Hysteriofunk.

In Andorra there is a good alternative scene, with a lot of bands of blues, hard rock, metal, and progressive. All of them with a lot of quality.

The members of hysteriofunk are very related with another arts. Òscar Llauradó is graphic designer, and Roger Casamajor is a renowned actor in Spain. All these inputs are important for us, we love art in general, but recently we are working with David Galvez, a writer who wrote stories based on our themes and vice-versa.

We like to have the eyes wide open to absorb influences from anywhere.

For sure, one of the best shows was in Barcelona, in 2014. After four years of absence on the stages of Barcelona, the audience was very happy to see us live. These tour take us to play too in the Auditori Nacional d’Andorra, and it was a pleasure and an honor to play in these auditorium, a very important place in our Country.