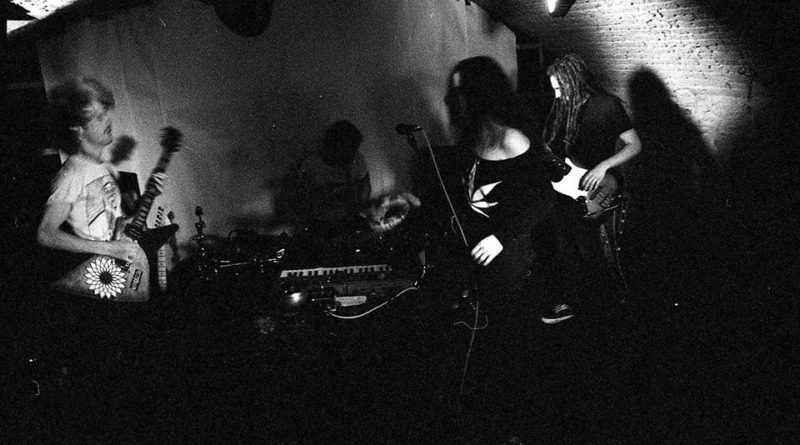 Budapest’s Lemurian Folk Songs put out one of my favorite records last year, Ima. They’re back this year with a new release already, Logos, recorded during the Ima sessions last summer. It seems almost fatalistic that I’m writing this entry here in a San Francisco hotel room, listening to these psychedelic sounds that would fit perfectly several decades back, only a few blocks away. This Hungarian band can go from spacey and mellow, allowing your mind to wander places previously unexplored, to grooving riffage that will leave you entranced and wanting more.

Thanks to Nick from Hold Station for turning me on to this band!

Istvan and Bence were in a band together, and Bence with Gergő our first bassist in a different band also. Than we combined the bands only for jam sessions. Recorded Nommo than Bence went to a year wayfaring with Kriszti, onto islands and deserts, living from street music, dumpsters etc. When they returned to home Kriszti joined the band and a year later recorded Maro. Gergő moved to Denmark so Attila Nemesházi joined. We had some tours in France and Germany, then recorded Ima and the upcoming,still latent one. Now Attila quit, so Robi from Satorinaut on bass now.

There is a small DIY label called Para Hobo Records they help underground and psych bands a lot, also book touring bands. There were cultic rehearsal places before, but government closed all, now we have a small house in the forest by an ancient source, where we used to jam and record sometimes. We do a bandcamp page also for upload this recordings “Psychedelic Source Records”

In Budapest there are some venues, trying to survive the dictatorship, like “Auróra” and “Gólya”. There is also a new stoner rock bar called “Riff” for what I wish a nice future.

While our tour happened in France a guy invited us to a festival what happened a few months after the tour. On these days we were on the harvest in France with Kriszti and some friends, so István and Attila and a friend picked up the instruments in Budapest, travelled 1200km in a night, then stopped at our free camp for some sleep. Than we went up on the top of the Alps near Grenoble, where this small festival happened: “Les Baluchons”. It was 1st of September and very cold mountain weather. Nice caravan people around and a big circus tent. We wore 2 trousers we could see the breath. On our show, this hippy-caravan guys filled the circus tent, 500 people were dancing already while the soundcheck. Than we started, bottles were flying, people were dancing on the stage,screaming it was amazing fun.