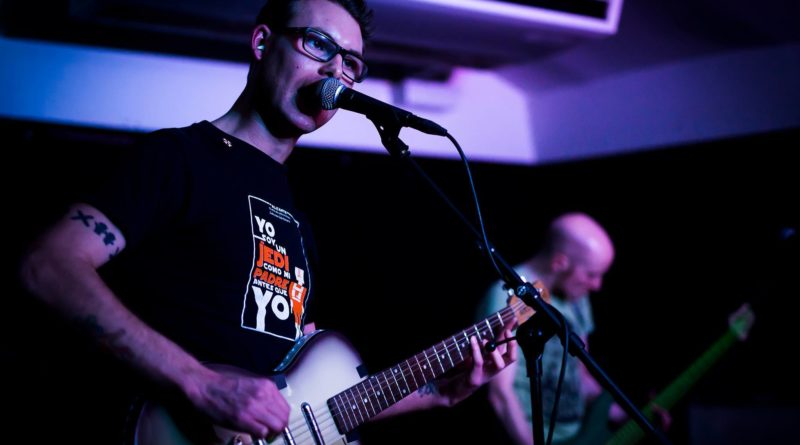 Trans-national recording duo Massa Confusa takes its name from one of the four major stages of the alchemical process, which is fitting given the confident way the band blends its electronic, post-punk, and psychedelic influences into something truly magical.

Originally the solo project of guitarist/vocalist/programmer Ally Morton, the latest iteration of MC took shape in 2012 with the addition of bassist Matt O’Brien.

As Ally details below, the duo is now split across two countries, and the band’s music seems to operate in such a way as to dissolve our pre-imagined binaries. From haunting electronic interludes to fiery post-punk almost-anthems, Massa Confusa seems to be pushing itself forward with each new release – a rarity that listeners should truly be thankful for.

What’s Ahead for Massa Confusa:

Ally: “I’m constantly working on new music. There’s a new Massa Confusa EP in the works, new Five Pence Game material (a collaborative recording side project of mine), and the prospect of a new band called ‘Not Myself’. There’s only a snippet of a demo online but we’ve recorded an album worth of tracks”

Ally is “continuing to do one off shows in and around the north of Spain, but would love to be able to tour more. However, logistically this is a nightmare due to being confined to teacher’s holidays and having a low budget. Maybe one day I’ll make it to The States, or even better North Carolina for Global Garage though!”

I became obsessed with the Smashing Pumpkins when I was 12. As this was the year 2000, I’d missed most of their career and that year they split up, but their approach to song writing and the development and change in sound with every album inspired me. This album represents for me the height of the Pumpkins’ output and creativity, and had a big influence on me when I began recording my own music.

We met at a Wet ‘n’ Wild Water Park in the 1st year of Secondary School for a friend’s birthday. Years later we lived and went to university together. During this time Massa Confusa was just a solo project, but Matt later joined.

Well Massa Confusa now exists as a duo split across two countries. I (Ally) live in San Sebastián in Basque Country, Spain, whereas bassist Matt lives in Durham, UK. As a band we were based in Newcastle upon Tyne for around 5 years and the underground scene there was and still continues to be great. There’s a kind of camaraderie between bands, of course certain cliques exist, but on the whole most artists are happy to play together and help to promote each other’s music. I think the biggest export from Newcastle at the moment is probably Pigs Pigs Pigs Pigs Pigs Pigs Pigs and I’m really happy to see them doing well and getting lots of airplay on stations like BBC Radio 6 Music.

In terms of San Sebastián, the underground scene seems to be more divided. I don’t mean in terms of artists playing together, I mean that a lot of this scene’s events take place away from the city centre in various neighbourhoods and towns. The effect of ‘Basque Radical Rock’ still resonates here and there is quite an emphasis on rock and classic punk in the underground scene, although grind, metal and hardcore are played a lot here too. Perhaps my favourite Basque band is Lisabö, but the biggest export from Basque Country has to be Berri Txarrak.

I used to be a painter, as in I used to make oil paintings. In fact the name Massa Confusa came from a painting I did as part of a series I did on alchemy (you can view find it on http://www.allymorton.com). Unfortunately though, I don’t have time to create visual arts on top of music and my life as a teacher of English, but visual arts is still important to me and I visit exhibitions as often as I can, some of which inform my music or lyrics.

I also often reference storytelling from games, TV series and films, and I’m a fan of point and click games. I’m a fan of the classics such as Broken Sword, The Longest Journey, Syberia and Beneath A Steel Sky; and newer games that are referencing the original pixel art and storytelling of the genre. For example, ‘Resonance’ put out by Wadjet Eye Games, and ‘Whispers Of A Machine’.

There are too many favourite shows to choose from. Most of what we’ve played has been organised ourselves, mainly out of necessity to actually get a show, but also because we’re control freaks. As Matt continues to live in the UK, I mainly play solo sets these days, so I guess my favourite shows are when we reunite in Newcastle for a gig, and we often do this with our close friends Casual Threats from Newcastle and Mouses from Billingham. The last one we did was over Easter. 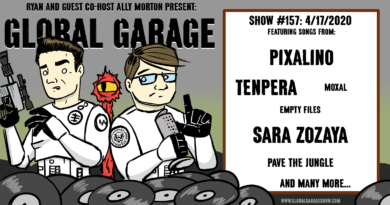 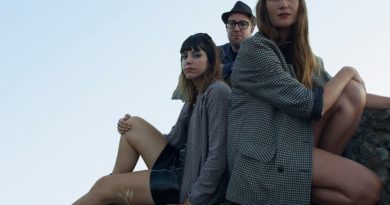 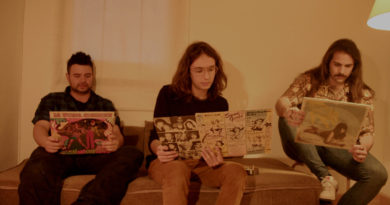 May 25, 2018 Ryan Comments Off on Five Questions With… Lewis & The Strange Magics