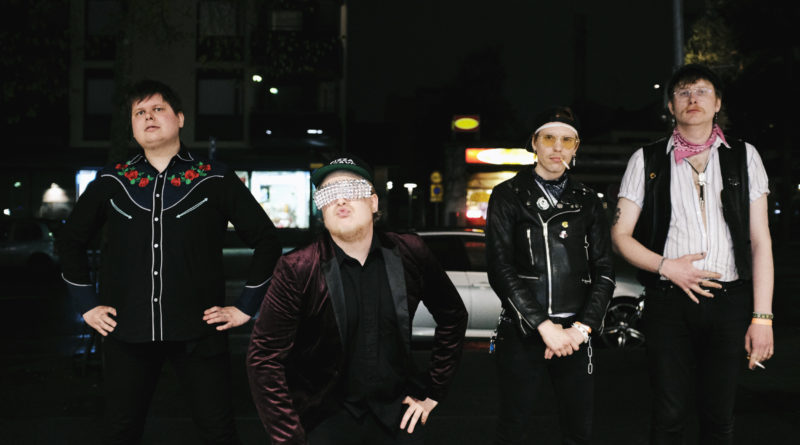 I’ve said it before, and I’ll say it again: The rock’n’roll coming out of Finland right now is incredible. Not an exception to this trend, MIETTIIN contributes a well-balanced, high-energy punk that sounds as if it’s a long-lost classic from the 90’s. The band was started as a solo project by Vili Miettinen but has since evolved into a more-intensive collaboration. The band’s anthems will have you pumping your fist or moshing or wanting to start a band with your friends. Even though the band’s most recent record,…ja Bändin jätkät, was released earlier this year Vili is already starting on a new record and, potentially, a few solo EPs.

Listening to only one record would kill me, but it’s O.K.
The Heartburns – Fucked Up In a Bad Way

It all started as a solo project, and I recorded my first records all by myself. The name of the latest album …ja Bändin jätkät translates as …and The Dudes of The Band, and that speaks for itself. When I got asked for gigs, my long time friends joined me for the mission.

I started writing and recording my own basement demo stuff under the name Miettiin (my last name) somewhere around 2012. I had other bands which didn’t quite fulfill my musical needs and I needed a way to put out my own thoughts (My lyrics are very personal). At that time there were not much punk music around sung in Finnish, and the choice of language allowed me to express myself much more, so I started a new project.

It’s super. There are only 5 million people in Finland, so the scene is small. It means that the people knows each other and don’t need to act like anything. It’s been said that Finnish underground music is more honest than anywhere else. Of course I don’t know about that, but there must be some truth in it.

In the big picture our underground doesn’t follow much trends, ’cause we are so cynical in nature that we’ll cast doubt upon it immediately. That is also a bad thing because we seem unable to be happy for others success. There are lots of crazy but creative northern hermits all around doing their own thing.

Creative people and the burning fire of DIY.

This actually happened just lately. We were playing in TRACTOR PULLING Finnish Championship event. If you don’t know the “sport”, google it!!! The whole idea started as a joke. It was so sick, we were all anxious as hell about it, ’cause the people there would probably be total rednecks. We really felt like we don’t belong there…. And perhaps due the ultimate stress we managed to do an exceptionally wild gig. People were driving quad bikes around the stage and there were tires flying during the gig… what the actual hell. Despite our fears it proved to be great and for sure unforgettable show. Still confused and impressed.

[Editor’s note: for those curious, I believe this is video from the said Tractor Pulling Championship event.]