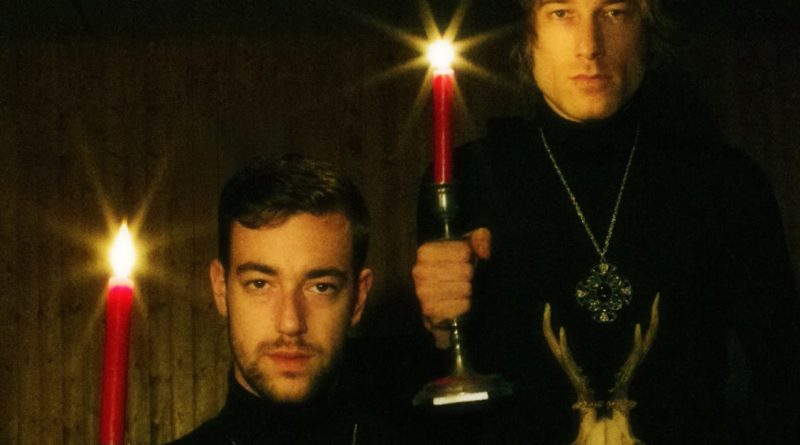 My first time in Paris I stopped in at the Born Bad Records shop and the guy working the counter, Maxime, was kind enough to load me up with all sorts of recommendations for the show. It was that trip that resulted in our Frantic City Records-curated show. I’m pretty sure I went home with most-if-not-all of Maxime’s recommendations, including Moonrite‘s self-titled debut record which, to this day, remains one of my favorite records.

Moonrite’s music paints an occult tapestry of captivating grooves. The haunting organ and entrancing rhythm leave you feeling as if you are under some sort of spell transporting you onto the screen of a classic 70’s horror movie. I’m not sure if it was the Moonrite record or the Frantic City records compilation, but it was that afternoon of spending time with the records I brought home when I realized there was something special going on in the French garage/psych/punk scene. Needless to say I was elated when I returned to the Born Bad Records shop the following year and found Maxime at the counter and ready with more fantastic recommendations.

Last year’s follow-up record, Let me Be Your God, found the band building on their occult sounds while baking in touches of John Carpenteresque synth tones.

The Zombies – Odessey and Oracle

France is not the best country for our dark psych garage music… But we try to change that! However, people are curious and open to our music. We often play in Spain, UK, Germany or Italy, were there are more festivals that fit better with our music…

With Moonrite, we’re a lot influenced by 70’s Witchcraft/Horror movies. The ones that mix horror, psychedelia, and sexy elements, like Jess Franco or Jean Rollin made, to name just a few, and we sometimes see our music as a soundtrack to that kind of movie. We also like 60’s/70’s art in general (design, music, fashion, architecture, paintings, cinema…) those were crazy decades for art and have an influence on our music.

For me that was a show in a very small room that was completely overcrowd. I like playing small venues, when people are very close to you, it creates very particular vibes. For my brother it was the 1st Moonrite show, in Germany. Because it was the 1st time he played outside France.