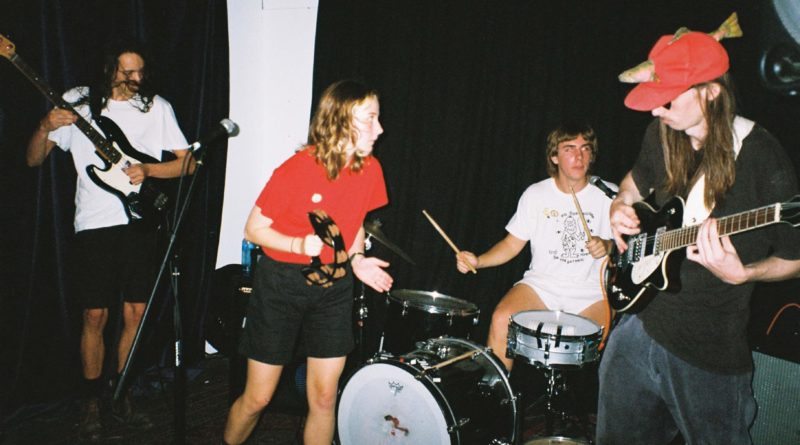 If punk is dead as they’ve been saying for the last several decades, there must be some black magic going on in Australia judging by the recent crop of bands that have managed a successful resurrection. I’m thinking groups like Amyl & the Sniffers, Shrimpwitch, Leather Towel, C.C.T.V., and more. You can now add to that list R.M.F.C., a recording project that may be young in years (both the band and its mastermind, 17-year-old Buz Avenue), but is already perfecting a particular brand of off-kilter paranoid punk. And we’re not the only ones who think so — the band’s first two EPs were quickly snatched up by venerable label Erste Theke Tontraeger for an official release. Below, Buz dishes on turning a bedroom project into a real-life band, his love for Jodorowsky, and more. Dig it.

That’s a really hard question. Maybe White Fence’s Family Perfume vol. 1&2. It’s an all time favourite of mine and since it’s a double LP I have lots of songs to work with.

R.M.F.C. is just me (Buz Avenue) in my bedroom but I have two of my long-time friends and my girlfriend for the live band. I met bass man Brinley Kettle cause he was my older brother’s friend and then I stole him. I think I met Guit man Michael “Vas” Vasila at a lake and we bonded over a mutual appreciation of bands like Sleep and Electric Wizard. I met Tambourinist and girlfriend Grace Lee at a Pond concert through a very old family friend.

I live in a small coastal town in NSW called Ulladulla and there is pretty much no music scene at all. There’s a few cover bands around, that’s about it. Since Grace lives in Sydney though I’m there a lot and the underground scene is really good. Since all the actual venues keep having to close down there are a few really good DIY spots popping up.

Maybe my parents? They’re very cool. I don’t have much to say for myself when it comes to things outside of music. I don’t paint very often but I love John Wesley’s paintings. I’d like to maybe make films one day. I love the visuals in Alejandro Jodorowsky’s “The Holy Mountain”.

We haven’t played many shows yet but my favourite so far might be our second show when we played at a venue in Sydney called the Lansdowne. Me and Grace are only 17 so we had to have a 25+ year old with us to get into the venue to play. my friend Billy from Research Reactor Corp (excellent band) helped us out with that. When we walked in I noticed Kirin J Callinan was standing at the bar. The show went well and after we played, Kirin came over and bought my last tape. It’s a pretty lame story, I think my favourite show hasn’t happened yet.