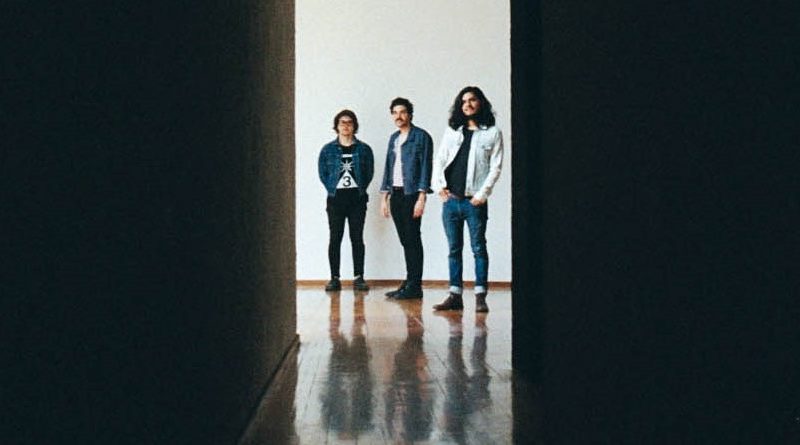 If you’ve been following Global Garage for the past year or so, you might be sick of me singing the praises of the rising scene in Mexico. But I’m going to keep doing it anyways. This week’s edition of “Five Questions With…” features the psych rock outfit from CDMX, Supersilverhaze. When I read their answers below, I wasn’t surprised to see they opened for [spoiler withheld] as Supersilverhaze expertly crafts a hypnotic blend of psych rock, combining elements of kosmische and good ol’ fuzzed-out riffage, leaving the listener blissfully entranced.

The band is currently working on a new EP scheduled for release this fall. It’s called Mugre, Pelos, Sangre, Muerte. The band says that although it contains four songs with a new direction in sound, the big riffs are still there. They also mentioned that it’s their first work in Spanish. You can expect that once the new EP is out, we’ll be spinning it on a future episode of Global Garage.

We all met in primary school but we weren’t great friends yet. We then bonded over music in high school, like almost every other band in the world. But that was in the mid and late 00s. We had all played together in other bands, in different combinations, and then in 2016 we decided to make some songs together, just to get our summer kicks. Back then Diego was living in Paris and was coming to town for a few months. I had just got back from living in the UK and hadn’t really played the music I liked the most with other bands, so we all assembled and agreed it was a good time to start something. The band then died for a whole year. Diego got back at the beginning of 2018 and we revived the project.

It’s beginning to be great. A lot of very interesting projects are emerging and have emerged for the past 10 years. Projects that if they were from US/UK/AUS, would certainly have more fame and recognition. You can find almost any genre of music in Mexico City. From dark pumping techno and avant-garde electronics to afrobeat and gypsy ensembles. However, the underground is still quite disorganized and nobody earns money from it, which is the main problem why it’s hard to build a support structure. But it also makes it very pure and fun, because everybody who’s in it, does it because it fills them with joy and release. It is also hard to tour in Mexico. Everything’s pretty far away and we don’t have the great roads that a big country like the US offers. People outside of Mexico City are also less inclined to go see a band they don’t know on say, a Wednesday. So touring happens on the weekends. Having said that a lot of places are cropping up outside the capital. Like-minded people doing it because they believe in it and want to take part, rather than thinking they’ll become rich off it, or even live off it. Also, a lot of the bands we like the most aren’t from Mexico City. Northern Mexico has some of the best output, at least regarding psychedelic music. We also like to complain about the scene here because we compare ourselves to our northern neighbor, which has a truly developed music industry, but the truth is that Mexico still has more opportunities for bands than most other Latin American countries.

Patricio: My main influence for music outside of other music is whatever goes around the actual sound frequencies. I love music history and aesthetics, its legends, myths and the fucked up music industry stories. Sometimes for lyrics I like to dabble in geopolitics, war, fringe political and religious groups…anything that Louis Theroux would do a documentary on.

Patricio: I don’t think it has happened for me yet. Although we opened for Here Lies Man at Foro Indie Rocks once and that was a great show. Playing in 316 is always a pleasure too. It is the best venue in town.

Diego: Some good friends put up an all-day festival in Mexico City called Toguiza. This year we had a great slot in the afternoon. “Cambion” (the song played on Global Garage) got recorded live and I managed to make a fool of myself… so good times. There was still plenty of sunlight so we could see the whole space filled up. Sharing the bill with friends is always fun.

Roy: At el Hoyo Funky (a clandestine gig spot) our amigo Juchi was crowd surfing, and every time he jumped into the mosh pit we would see his calzones. It was a night with great energy, and everybody was wearing our t-shirt. A bit like a sweaty-drunk-drag-supersilverhaze-cult night.