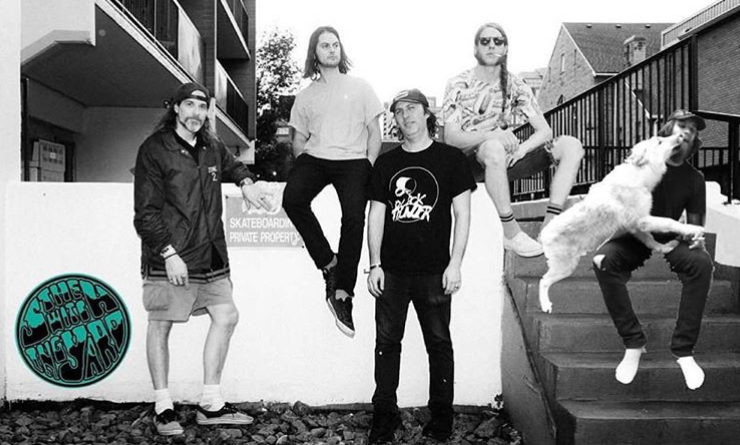 Living up to its name, Cardinal Fuzz, a record label specializing in psych, kraut, garage, etc., puts out some damn fuzzy releases and ‘Yet Again’ by Saskatoon band The Switching Yard is no exception. The band’s music is best described in the bandcamp liner notes for ‘Yet Again’:

‘Yet Again’ contains 8 tracks of amp destroying scuzz scorch ramalama rave-ups, the genesis of which came from terrorizing around Saskatoon with a gas tank on empty and getting off to the primal howl of the Stooges ,the sludge of Sabbath, the dirge and swirl of Hawkwind and the ferocity of The Heads.”

Band co-founder Brennan Barclay provided answers on behalf of The Switching Yard for this week’s “Five Questions With…“. Give them a spin if you like your rock fuzzy and scuzzy.

Could not live without Sabbath Bloody Sabbath. It’s been the one for me for 22 years now.

Members had all been mutual friends for a long time. It was a no brainer that we should start a band.

The music scene in Saskatoon is 30% Unique and underrated. 70% shite.

Biggest influences outside music are hanging out with good people and friends, eating pizza, partying, having a laugh, having a gas, the world and society around us and all the stupid crazy shit involved with that.

Best show The Switching Yard ever played was the first show ever. It was at our jam house named “The Mold Mansion”. Place was completely packed wall to wall and you could not move. Two fist fights broke out that night. One of which was during our set in the middle of a song involving one of the band members… but that’s another story. 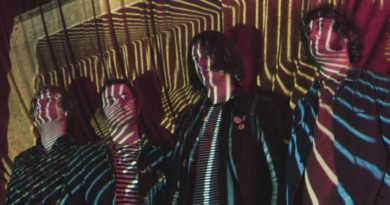 June 12, 2020 Ryan Comments Off on Five Questions With… The Cult of Dom Keller