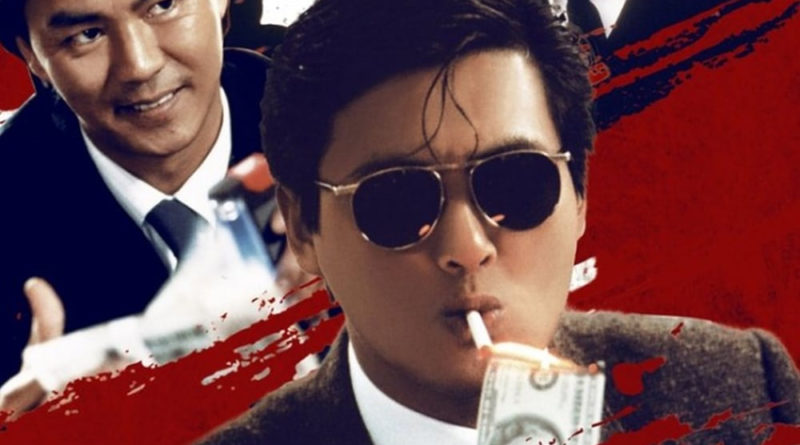 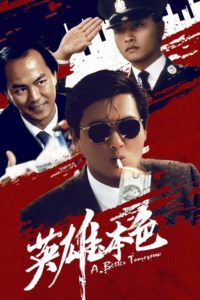 For the first film in this new column I’m calling Fuzzy Images, I’m going with one of the most influential Hong Kong films ever made and one that’s likely familiar (if only by reputation) to many a Global Garage listener. A Better Tomorrow hit screens in the summer of 1986, a pistol-whip to the silver screen that reverberated throughout not only Asia but the rest of the world as well.

The movie also marked a turning point in the filmography of director John Woo, who had begun a promising career as a director at the famed Shaw Studios (home of the legendary The 36th Chamber of Shaolin among many other kung-fu epics) before spending the better part of a decade as a creatively frustrated director-for-hire. It’s hard to imagine that dissatisfaction didn’t at least partly inform A Better Tomorrow‘s melodramatic undercurrents, which launched the film into previously unknown heights of action cinema.

By all accounts, the movie was a revelation – a mixture of elaborately choreographed gunplay, a seemingly god-like cast of characters (just try and count how many bullets it takes to bring down a lead in the Woo-niverse), and fist-clenching emotional textures that seemed to ring true almost in spite of themselves. Woo lifted the plot, a tale of two brothers – one a high-ranking Triad member (Ti Lung), the other a promising young police officer (Leslie Cheung), from Patrick Kung Long’s 1967 social realist drama Story of a Discharged Prisoner.

But the results were something wholly original, thanks in no small part to Chow Yun-Fat’s magnetic performance as Cheung’s character’s double-dealing partner in crime. I remain convinced that the scene where he recounts being forced to drink piss as as initiation (apparently based on a real incident involving the actor and director Ringo Lam) is a emotional beat that remains unrivaled in action cinema.

A Better Tomorrow set the template for a run of films still unmatched by most directors working today, including The Killer (1989), Bullet in the Head (1990), and his masterpiece Hard Boiled (1992). His work since emigrating to the US pales by comparison, although it’s hard to deny the sheer popcorn-munching fun of Face/Off (1997). Still, I have a soft spot in my heart for this one that started it all – and I hope you’ll stick with me for this start to a (hopefully relatively regular) column.