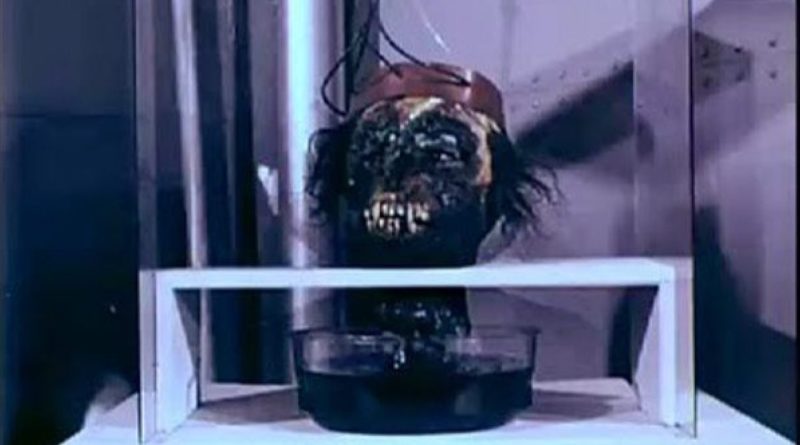 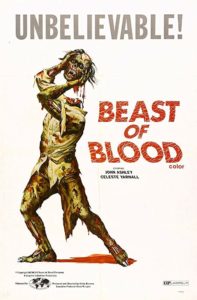 In the late 1950s, Filipino filmmaker Eddie Romero (no relation to George) crossed paths with a U.S. naval pilot named Kane Lynn, who had moved to the Phillipines after the war and was then working as a technical adviser on a Hollywood TV show. The pair became fast friends and formed their own production company, releasing a trio of inexpensive Filipino pictures that included 1959’s Terror Is A Man.

The film’s international success would birth a cottage of industry of Filipino horror and exploitation films that continued through the 1980s, spearheaded by Romero and Lynn’s Hemisphere Pictures. It also launched the “Blood Island” franchise which would come to be one of the company’s biggest hits, including Brides of Blood (1968), The Mad Doctor of Blood Island (1969), and Beast of Blood (1970).

I didn’t know any of this, however, when I stumbled across the last of those streaming on Amazon Prime – only that the film was a favorite of Quentin Tarantino’s and had a suitably grotesque poster (with the titular beast wrenching his head from his body) to pique my interest.

The film wastes no time letting you know what you’re in for. Dr. Bill Foster (played by John Ashley) and his companions are seemingly safe and sound on a boat heading away from Blood Island when a slimy, gap-toothed figure emerges from the hold and proceeds to slaughter all but Foster himself, blowing up the ship in the process. This frenzy of violence is followed by a moody slow pan out of the monster as he returns to the hellish isle, laser-focused on his destination – which is of course a stew of slimy gore, stilted dialogue, and (perhaps most significantly) a particularly compelling evocation of colonial fears and fetishes alike.

Now I’m not here to argue that this is some sort of subversive masterpiece. Romero himself would later disown his American-financed films as “the worst things I ever did.” But there is something compelling to me in the way the movie wholeheartedly embraces its tropical schlock factor, presenting something much darker and crueler in contrast to the period’s mainstream portrayals of “exotic” cultures – often just as reactionary and myopic in their own way as Beast of Blood, but presenting them as carefree playgrounds rather than the exploited communities that many of us now recognize so well.

As you can tell from the above, your mileage may vary. As for me? Let’s just say I was thrilled to find that the rest of the Blood Island series is streaming on Prime as well.