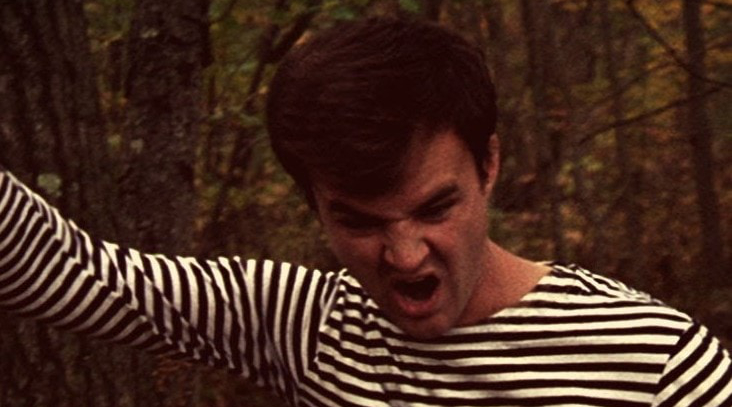 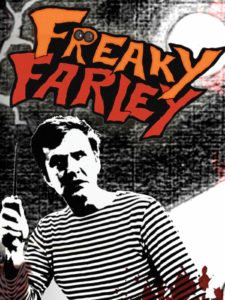 In addition to working through my watchlist on Letterboxd, one of the things helping me stay sane has been the parasocial pleasures of listening to multiple episodes of beloved podcasts. One of my current favorites is the Important Cinema Club with Will Sloan and Justin Decloux, who have covered everything from the work of Abbas Kiarostami to the 1970s sleaze of “gutter auteur” Andy Milligan. Justin also helps run the Toronto-based Laser Blast Film Society, which has been partnering with Spectacle Theater in Brooklyn to present a retrospective of films by Motern Media, including this week’s spotlight Freaky Farley (2007).

Will wrote an excellent history of Motern to accompany the showings, which I highly recommend for anyone who enjoys stories about the sort of art that can only be made by best friends working together to create something just for themselves. A short summary: Motern Media is the production company/nom de plume/personal brand and more of Matt Farley, usually in close collaboration with his friend Charles Roxburgh. The two started making no-to-low-budget comedy horror films in the early 2000s and have built up their own cinematic universe since then, of which Freaky Farley (starring, you guessed it, Farley himself as a small-town peeping Tom) is a sterling example.

Although inspired by lower-tier 1980s horror films such as Silent Night Deadly Night 2 and The Pit, the film takes its time getting to anything that could even conceivably get one’s heart racing, instead spinning out a darkly comic story of twisted romance between the titular Farley and the plucky girl next door (for context, their meet-cute happens during one of Farley’s impromptu peeping sessions).

The material is never taken to its logical extremes – doing so would break the small-town charm that Roxburgh and Farley have evolved over the decades. But it’s also not quite pastiche, either. It reminds me of interviews with the Sex Pistols or New York Dolls where they talk about how the production values so beloved by the generations they influenced were merely the result of the technology and resources they had available at the time. I don’t know if Motern would accept a blockbuster budget with no strings attached, but I don’t know that they would turn their noses up at it either.

It’s been over 300 words and I really haven’t said much about the film, in part because doing so would spoil the inimitable experience of watching it for yourself. Rest assured, though, that Farley’s initial challenges are just the tip of the iceberg. For instance, there’s also the matter of that ninja hanging around the town, the neighborhood witch, and rumors of even stranger goings-on in the woods…