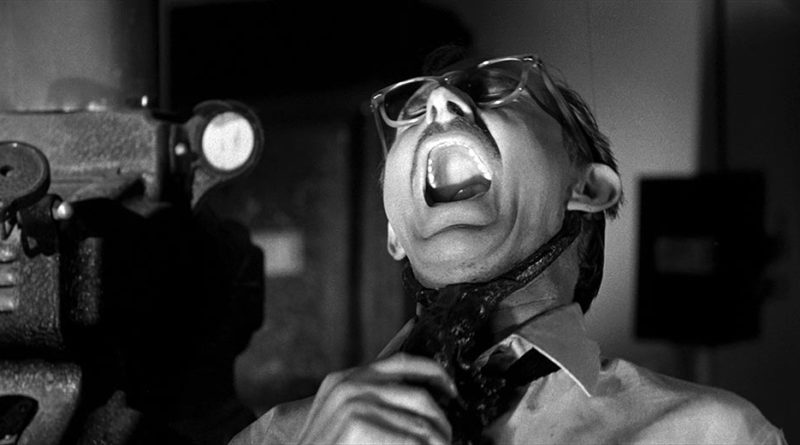 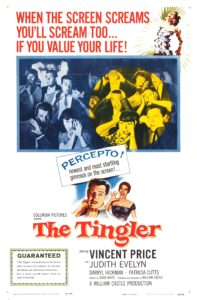 “To break the laws of nature is always dangerous…and we’ve violated some basic principles. We had to. But now we’ll stop.”

It’s a hell of a line, one that captures the tragic combination of entitlement, authority, and blindness that Vincent Price brings to his role as Dr. Warren Chapin, the pathological pathologist and protagonist of William Castle’s 1959 schlock-er The Tingler. At times it can be hard to separate one Price role from another, or even from the myth of the man himself. But the performer’s talents are particularly well-used in this bizarre commentary on the horror genre, the film medium, and the ever-present dangers of man-children willing to sacrifice just about anything – and anyone – for their own personal satisfaction.

Today The Tingler seems to be best remembered for its “Percepto!” gimmick in which some of the theater chairs were equipped with a vibrating device that resonated with the action on screen (and which is still reprised at special showings of the film to this day). But what caught my attention was the way the film functions as a proto-Cronenbergian exercise in pyschosexual body horror, epitomized in Chapin’s discovery and subsequent obsession with the titular Tingler – a parasitic creature that exists in every human being.

“It’s an ugly and dangerous thing,” Chapin tells his debonair young assistant, “ugly because it’s the creation of man’s fear; dangerous because… because a frightened man is dangerous.” As we see, though, so is a fanatical one. And as Chapin draws everyone in his path into his experiments – the deaf and mute spouse of a theatre operator, his own scheming wife, and eventually himself in a killer acid trip sequence – the line between man and monster becomes increasingly unclear.

Surprisingly for its time, the film retains a degree of cynicism in its final moments in its portrayal of who suffers and who walks away (relatively) unscathed at the end. And while the Percepto elements lose something in translation to our shelter-in-place, all-streaming-all-the-time world, they’re still strangely compelling in their way – foregrounding the film’s unreality while at the same time aiming for a more immediate physical response from the audience. I’ll be honest, I wasn’t expecting the way this unsuspecting B-movie got under my skin. But as the good doctor says, “If any of you are not convinced that you have a tingler of your own, the next time you’re frightened in the dark… don’t scream.” 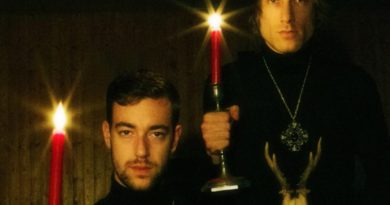