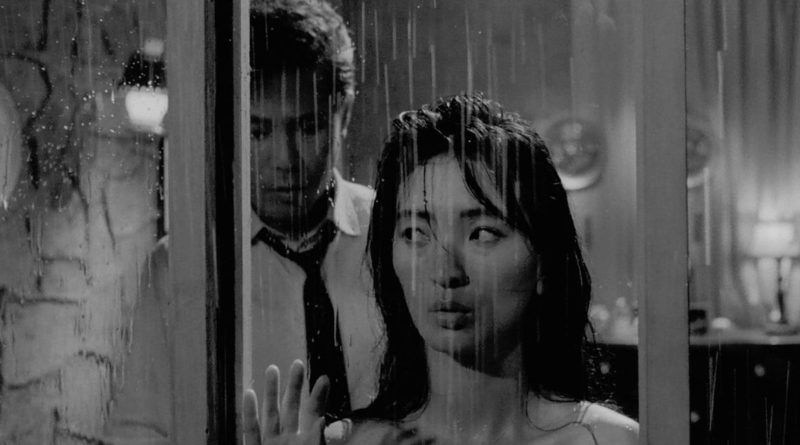 After an ill-fated attempt at starting a “regular” film column here earlier this year, I realized I’d made an obvious marketing blunder by neglecting to maintain the alliterative associations that we’re so ferociously fond of here at Global Garage. Consider this an attempt to remedy that as I kick off a new series under the new banner “Global Grindhouse,” which also brings with it a more dedicated focus on the sleazier side of world sin-ema (although as with my musical selections, I reserve the right to expand that definition as needed).

We’re easing in with Kim Ki-young’s completely bonkers 1960 horror/melodrama Hanyo (“The Housemaid”), a classic of Korean cinema which gained some traction last year as an oft-cited point of comparison (and apparently direct inspiration) for Bong Joon-ho’s Oscar-winning Parasite. It should be said upfront that The Housemaid is the stronger of the two in my opinion, although Bong’s work (especially his 2003 crime drama Memories of Murder) offers its own unique pleasures. When it comes to depictions of class warfare set against the backdrop of the traditional family home, though, The Housemaid to this day is more incisive, more unsettling, and more perverse than any number of works it’s inspired.

Mr. Kim is a composer and piano teacher at a local factory, where he’s the object of affection for the legions of young female employees. Meanwhile, his pregnant wife looks over their two young children while helping to make ends meet with sewing work late into the night. From all appearances, the Kims are the very model of the bourgeois modern family, and their hard work is finally paying off with their recent move into a new two-story home (“I can relate to homeowners now, now that I am one,” Mrs. Kim says sagely). When one of the lovelorn factory workers tries to tempt Mr. Kim with a letter which he then brings to the attention of her employers — leading to her ignominy and suspension — we understand it as a moral (if somewhat rigid) decision on his part. Family comes first.

As in Parasite, though, the cracks in these inter-related systems of extracted labor and patriarchal values begin to show with a series of new arrivals in the family home: first, the suspended employee’s equally infatuated roommate as one of the composer’s extracurricular piano students, and then — when his wife collapses during one of her late-night sewing sessions — a mysterious new girl from the factory dorms to serve as the family’s live-in housekeeper.

What initially seems like your standard domestic drama soon turns into something far stranger as passions (and the body count) rise. Kim Ki-Young’s direction with cinematography by Kim Deok-jin thrusts us into the middle of these roiling energies, an often dizzying experience as the camera floats and jumps perspectives at whim. These radical touches make the film feel far ahead of its time, including the peculiar scenes which bookend the film and which some critics bemoan — but which to me feel as sharp a moral condemnation of both society and viewer as anything you’d find in a Haneke film. But don’t take my word for it — check out the restored version of the film at the link and share your thoughts in the comments. 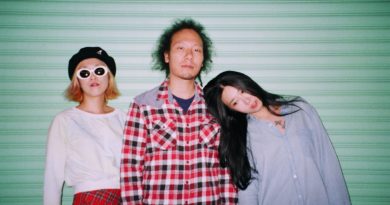 August 31, 2018 Ryan Comments Off on Five Questions With… Billy Carter