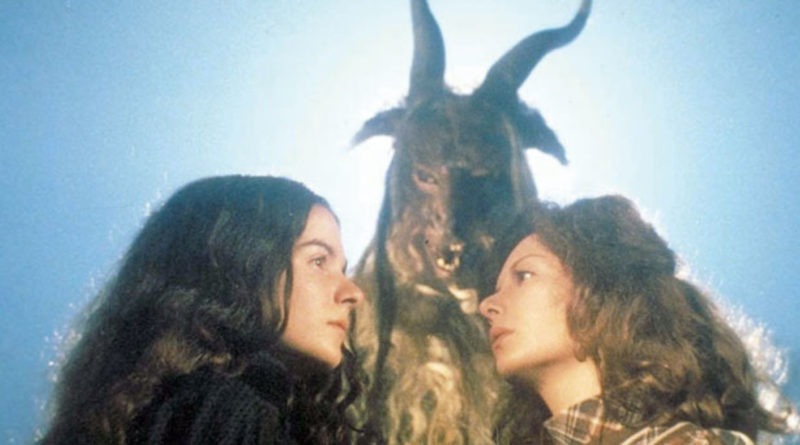 “She was dead. But the forces of evil had not abandoned her. How can you explain this from a scientific point of view? It happened, is happening in front of your very eyes. Do you still doubt?”

Alucarda, la hija de las tinieblas, or Alucarda, the Daughter of Darkness (released in the US simply as Alucarda) is the sort of downer horror opus that reveals the inadequacies of the so-called “elevated horror” genre. Directed by Juan López Moctezuma and loosely adapted from the seminal 1872 Sapphic vamp novella Carmilla, this is a film with a lot on its mind when it comes to repression, modernity, and ultimately freedom.

But it’s also a film where hunchbacks appear out of thin air and nuns spontaneously burst into flames and conduct psychic warfare with the members of the black mass out in the deep, dark woods. In other words, it’s the sort of film that gets namechecked by directors like Guillermo del Toro and yet still feels just as vibrant and immediate (if not more so) as today’s auteurs’ best work.

Set at a Catholic convent in Mexico in the mid-19th century, the movie relates the tale of Alucarda — the nuns’ mysterious ward who was delivered to the convent as a child 15 years ago — and the unfortunate events that transpire with the arrival of the recently orphaned Justine (with some clear evocations of the de Sadean text). The speed with which the girls first become friends — and then more — points to a deeper yearning for real connection in the midst of a rigid, ultra-conservative patriarchal system of power that manages to be truly heartbreaking within its more traditional exploitation film framework.

As the quote at the top of this page suggests, though, it’s not only the Catholic church vying for “possession” of these young girls’ bodies. Blood rituals and blasphemy open the door not only to the girls’ tentative first steps towards some sort of self-determination but also to a new sort of servitude to forces who see them as mere means to an end as well. An equally appropriate quote might be the old adage “The spirit is willing, but the flesh is weak,” as we are reminded not only of the body’s propensity for pleasure but also for pain as the black magick and the body count rises.

The soundtrack accompanying these events ranges from more traditional orchestration to almost Tangerine Dream-inspired soundscapes while incorporating guttural moans and growls, building in intensity and strangeness to a truly apocalyptic conclusion. In the end, neither the conservatism of religion or the rationality of science seem to offer any respite for Alucarda and Justine, and the diametric opposition of those two ideals is revealed as erroneous in the first place. To my mind, the suggestion is that only total physical and moral annihilation offer a path to true freedom — a truly horrifying idea that is brought to life with the utmost art here.