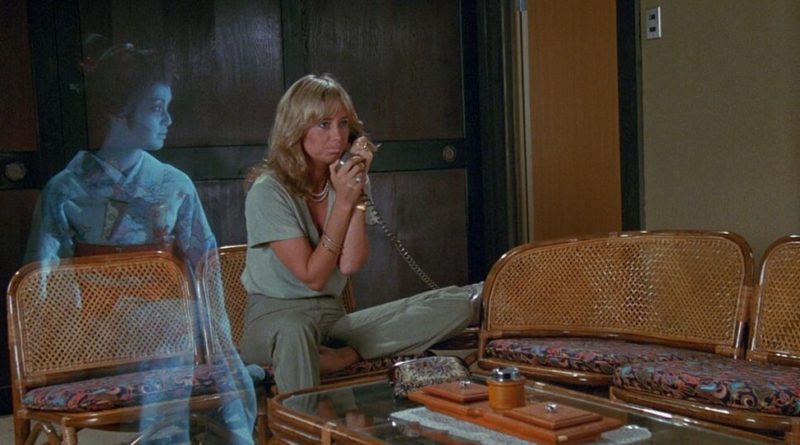 For the October edition of our monthly movie hangouts, Ryan, Amir, and I watched my selection Motel Hell (1980), an uneven but ahead-of-its-time cannibal comedy with some truly bonkers performances from Rory Calhoun and Nancy Parsons. I was enough of a fan to check out more material by director Kevin Connor, and when I came across his 1982 Japan-set haunted house tale The House Where Evil Dwells, I knew it was a perfect fit for Global Grindhouse.

Apparently adapted from a novel which was never published, Where Evil Dwells was a joint production between USA-based producer Martin Cohen and the venerable Japanese concern Toei (home of the Kamen Rider and Super Sentai franchises among others). This apparently largely entailed the use of “one-and-one-half” of Toei’s stages in Kyoto, the setting for this Amityville-lite chiller which follows an American family who’ve just moved into the same home where a love triangle ended in brutal murder-suicide a century before.

Apparently the drive for authenticity even inspired the producers to call in a Shinto priest to conduct a purification ceremony at the studio location to “guard against any occult forces that might lurk on the set” during production. Ironically, this self-seriousness leads to some of the film’s most inadvertently humorous moments (particularly when the ghost effects make it seem as though the cast has just stepped into Disney’s Haunted Mansion attraction). But as the image above shows, there is a stateliness to the compositions which befits the movie’s modern folk tale aspirations.

Unlike some of the films I’ll feature in this series, this isn’t one which I’d give a full-bodied recommendation, but as you might tell, I had a hell of a lot of fun with it — and I haven’t even mentioned the nighttime spider attack scene yet. Spooky season might be over, but if you’re like me, it’s always the right time for something as inoffensively entertaining as this one.

Where to Watch: Amazon Prime 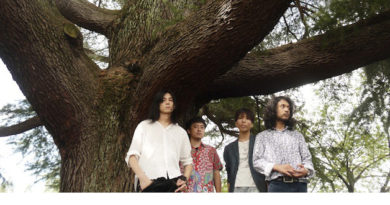 June 1, 2018 Ryan Comments Off on Five Questions With… Sundays & Cybele