Global Grindhouse rises from the grave just in time for the Halloween season with a look at Noroi: The Curse and Occult, a pair of films from Japanese director Kōji Shiraishi that utilize the language of found-footage to explore unsettling depths of cosmic horror.

Even in the examples that look to ape established documentary forms, the aim is typically one of unmediated reality as the events in question play out before whatever camera happens to be in the vicinity. It’s no wonder that the conceit lends itself so easily to horror. The illusion is that there is no illusion, no master planner behind the scenes shepherding the actors to their next marks, the participants reduced to mere pixels swimming on a screen before the inevitable cut to black.

In the films of Japanese director Kōji Shiraishi, notably 2005’s Noroi (Noroi: The Curse) and 2009’s Okaruto (Occult), this artifice is stripped bare to reveal the even more unnerving truths beneath. His work mines his country’s rich vein of folklore as well as the Western tradition of weird fiction, where the imprints of the invisible hand (or tentacles) of alien entities become visible without warning and where the realm of subjective experience becomes increasingly unstable as events unfold.

But it’s his continuing dedication to the found-footage genre that separates Shiraishi’s work from other artists working in the Lovecraftian mode. Unlike popular examples such as The Blair Witch Project (1999) and Paranormal Activity (2007) that draw attention away from their own construction as noted above, Noroi and Occult draw tension from their conception as created objects, both in reality and within their own fictions. 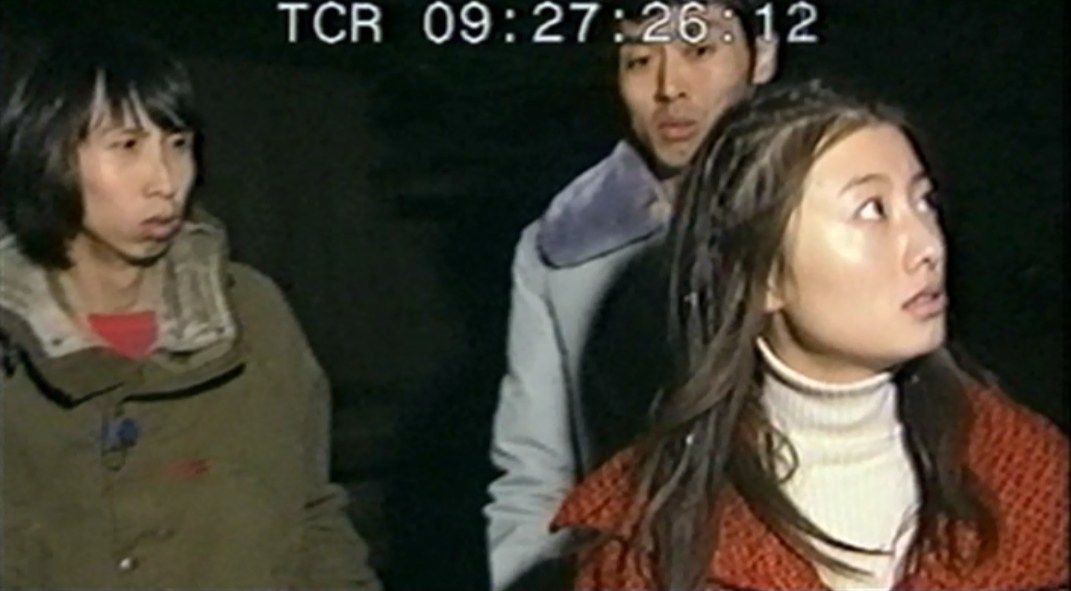 Noroi bills itself as the reconstruction of a documentary by paranormal researcher Masafumi Kobayashi, who was called to investigate mysterious sounds of crying babies coming from the home of a reclusive single mother over a year earlier. A message at the start of the film reveals that Kobayashi went missing just prior to completing the project, but not before uncovering threads of a much larger phenomenon involving the disappearance of a missing young girl with purported psychic powers and the strange behavior of a popular actress after a television appearance gone awry at an ancient shrine.

Kobayashi reveals his findings through the careful splicing of his “own” footage with meticulously recreated clips of variety television shows and news segments. To further the verisimilitude, Shiraishi engaged real Japanese on-screen personalities (including actress Marika Matsumoto in a major role as well as actress Maria Takagi and TV presenters Angâruzu) to perform as themselves. In this way, Noroi occupies a space of both the weird and the eerie, according to Mark Fisher’s definitions – an intentionally constructed narrative revealing the presence of something which should not belong, but haunted by the specter of its creator’s own looming absence in the next layer of reality.

Occult goes a step further as Shiraishi drops one of the masks to cast himself as the man behind the camera, compelled for reasons he can’t quite explain to film a documentary on the aftermath of a mass stabbing which occurred three years earlier. During interviews with those there that day, he learns they each were similarly drawn to the destination. The one victim who survived the attack also reveals that he has been experiencing “miracles” ever since, including UFO sightings and mysterious voices, prompting Shiraishi to follow him in the hopes of capturing these phenomena on tape. 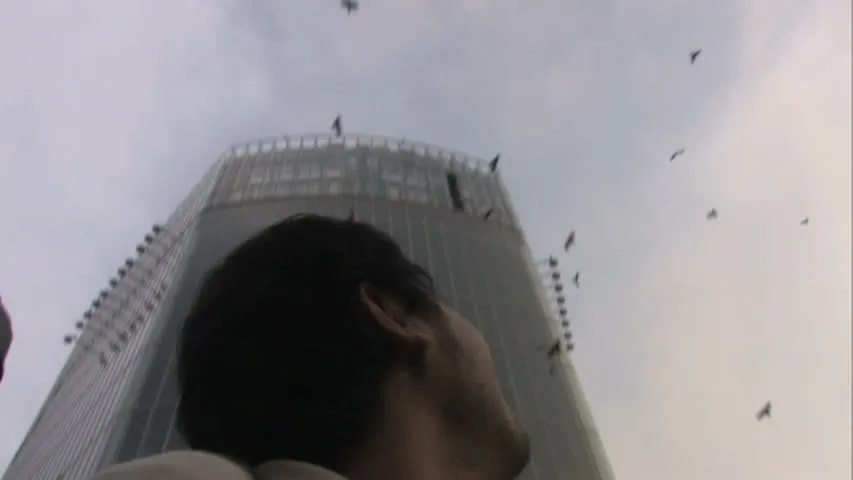 As pieces of entertainment designed to thrill on their own, the editing and sound design begin to establish their own rules for how the films will play out – significant moments are preceded by ominous stingers or on-screen text that would be nonsensical in a typical film of the genre. Shiraishi will often circle back to minor details that appeared as non sequiturs or even went unnoticed previously, but as with so many weird tales, this elliptical structure often reveals nothing except the futility of trying to comprehend more than the tiniest sliver of the full experience.

It’s when the movies start to play with these expectations, though, that they become truly uncanny, particularly with the director’s penchant for visual effects that aim for anything but naturalism. I’m hesitant to speak any further on this point – while both films reward multiple viewings, there are unique pleasures to be found in experiencing them for the first time while knowing as little as possible (and both can be found on YouTube as of this writing).

Strangely, distribution for Shiraishi’s films outside Japan remains limited. Noroi and Occult have both yet to receive an official physical release in the US, although the former is available for streaming on Shudder. Only 2014’s A Record of Sweet Murder (another found-footage production) is widely available on Blu-Ray and DVD courtesy of Unearthed Films, a distributor specializing in extreme horror from around the world. It could be that the director’s reputation precedes him – his 2009 film Gurotesuku (Grotesque) was rejected by the British Board of Film Classification and made illegal to sell or supply anywhere in the United Kingdom.

In an interview with 3:AM Magazine, Shiraishi devilishly waves off the controversy as a case of doing his job a little too well: “I wanted to make something that was impressive, and then the producer said, ‘I want you to make something horribly violent, so violent that it almost can’t be shown,’ as these were my orders, I embraced the challenge of making something stirring and emotional while portraying extreme violence.” At the same time, he reveals a deep appreciation for Western horror films including Dawn of the Dead (1978), The Texas Chain Saw Massacre (1974), and The Thing (1982), movies which also married copious bodily mutilation with genuine vision and troubling philosophical concerns.

It may be that Shiraishi’s devotion to this often-reviled genre represents one such concern. Amid the rise of the ham-fisted dystopia of the so-called Internet of Things, there are increasingly few corners of our lives free from the digital panopticon (the Wikipedia page for the Paranormal Activity franchise provides a useful timeline of this evolution with its catalog of the new recording devices used in each entry). The strictly dogmatic rationalists would have us believe this surveillance is a victory, obliterating nuance and capturing only pure unvarnished reality. Shiraishi’s films remind us that reality is much stranger than we might think, however, and we must be ready for the moments when it reveals its true face.