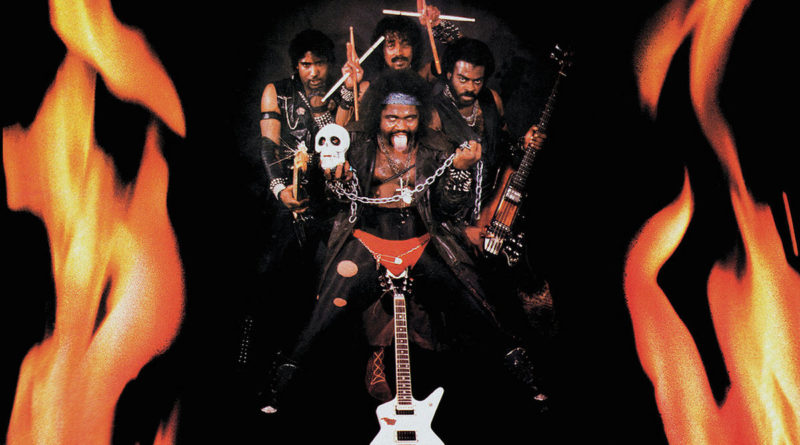 Among the much warranted calls for racial justice following the murders-by-police of George Floyd, Breonna Taylor and far too many others in our country’s dark history, it was heartening to see so many bands and labels in the heavy music realms committing proceeds from merch sales, music sales, and raffles to causes working toward a more just society. On Friday, Juneteenth, Bandcamp will join the effort by donating 100% of its share of sales to the NAACP Legal Defense Fund.

As much as the heavy music scene has offered its support and solidarity, it’s still often an awfully white environment — even with heavy hitters like Slash and Tom Morello, Bad Brains and Body Count leaving major legacies. Friday’s fundraiser, then, is an ideal opportunity to lift up the voices of people of color who add their own perspectives to heavy music of all kinds.

The following is by no means a comprehensive list of heavy music made (at least in part) by people of color, just the tip of the iceberg of what’s been inspiring me lately. Enjoy!

North Carolina’s As Oceans merge the stuttering chugs of djent and metalcore with a more atmospheric and proggy bent. Their 2018 record Still Miles To Go has all the hooks and heft one would expect from modern metal titans.

Often considered the first all African-American metal band, Cleveland’s Black Death dates back as far as 1977. Their 1984 self-titled LP is an absolute blast of old-school metal energy, recalling the charged momentum of Motörhead and Iron Maiden’s swift gallops.

The erstwhile Nashville, Tenn. grindcore duo Bleed The Pigs left behind a short but vicious discography, led by singer Kayla Phillips whose howling vocal seethes against oppression in all its forms. Fast, furious, and everything grindcore should be, Bleed The Pigs’ catalog hits just as hard now as it did when the band was active.

Melbourne, Australia duo Divide and Dissolve merge the worlds of contemporary composition and drone-doom in a manner not unlike Sunn O))) or Earth, but rather the dwell solely in installations of sound, Divide and Dissolve bristles with righteous energy, something the wear openly with song titles like “Cultural Extermination” and “Indigenous Sovereignty,” and the stirring poetry that glides across “Reversal.”

Led since the late-80s by guitarist Alfred Morris III, Maryland’s Iron Man hits the post-Sabbath sweet spot of heavy, Iommic riffs and gritty melodies that should have put Iron Man on the same pedestal as doom icons like Saint Vitus or Pentagram.

Philadelphia’s Jesus Piece need only a half-hour to absolutely lay waste to everything in their path on their full-length debut, 2018’s Only Self (released via the titanic imprint Southern Lord). Embracing ‘90s metal beatdowns, atmospheric relief and unbridled rage, the band’s metallic hardcore fusion is a righteous terror. But don’t skip the back catalog. “Oppressor,” from the band’s 2015 EP is nothing if not an anthem for this moment.

When California’s Old Blood releases its sophomore album Acid Doom in August it will mark the debut of their powerhouse singer, Lynx, who stepped in to replace the band’s original vocalist last year. But judging solely by the single, “Veinscraper,” Lynx is definitely up to the job of leading the band’s fusion of ‘90s alt-pop with heavy stoner metal riffs.

Om, the mantra-metal outfit led by Sleep bassist Al Cisneros, has shifted its roster through the years, but the contributions of Robert Lowe (a.k.a. Lichens) on vocals and tambura were vital in making 2009’s God Is Good and 2012’s Advaitic Songs standouts in the band’s catalog.

With their 2018 demo, Atlanta hardcore band Playytime captures the raw urgency that has made hardcore a perennial outlet for anger and frustration. But the band’s sense of pacing and dynamic, plus brief detours into chiming psych-pop riffs and doomy stomps show remarkable promise for such an early-stage recording.

Primitive Man might just be the heaviest band on the planet. Helmed by Ethan Lee McCarthy (also of Vermin Womb), the Denver trio stretches the darkest, heaviest elements of sludge and death metal across deliberately slow and long-form songs that leave plenty of space for McCarthy’s vocal polemic.

Led by guitarist Terrance Hobbs, New York’s Suffocation helped craft the blueprint for brutal death metal in the 1990s. With guttural, almost gurgling vocals splattered across machine-gun percussion and needling guitar riffs, Suffocation sits alongside acts like Cannibal Corpse and Incantation as archetypes of the genre.

London’s self-described “voodoo rock” band Vodun is an iconoclastic fusion of traditional heavy metal guitar heroics, arena-rock hooks, soul and pop melody and afro-inspired percussion. But as much as that might sound like a recipe for disaster, the band’s sophomore album Ascend proves they’ve got a knack for finding the most compelling intersections of genre.

Zeal and Ardor began almost as a prank when bandleader Manuel Gagneux responded to a 4chan troll’s challenge to fuse black metal and, “n—r music.” Tearing through the racist joke, Gagneux responded with what became Zeal and Ardor, a captivating fusion of blues and spirituals, heavy metal and hard rock, imagining a musical path that took the Left Hand Path away from Gospel and formed harsh metal instead.

Los Angeles hardcore rippers Zulu put race at the forefront of their 2019 album Our Day Will Come, addressing “closet racists,” white complacency and violence against people of color with a whirlwind of explosive hardcore. On “Watching From The Sideline,” the band shifts righteous rage (“We’re killed everyday/ You stand by silently”) into an affirmative declaration, maybe even a threat: “This won’t break me/ My day will come.” It can’t come soon enough. 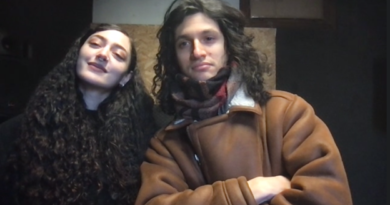