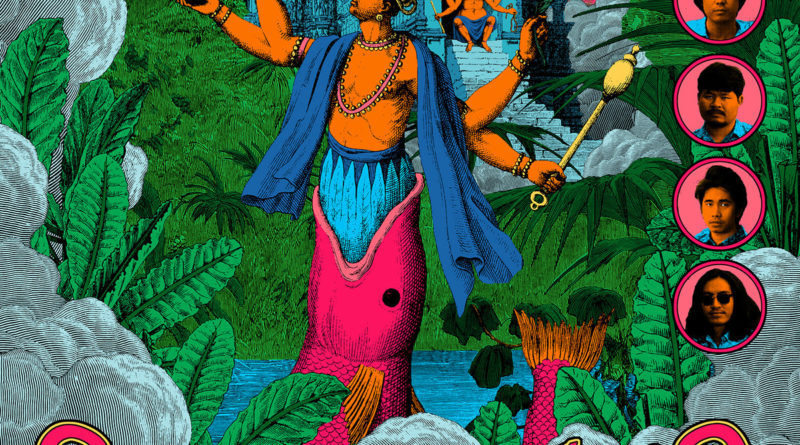 Based on a few new record announcements, 2019 is set to be another fantastic year in music, so we compiled a few that we’re quite excited about.

I really enjoy the Guruguru Brain catalog; Masana Temples, Kikagaku Moyo’s release from 2018 was one of my favorites. The announcement that Guruguru Brain would be releasing a record featuring surf-infused garage psych from Thailand in the form of Khana Bierbood’s debut piqued my interests. Upon listening to it for the first time, I was transported to the beaches of Thailand; a great way to start 2019. – Ryan

We fell in love with Os Noctàmbulos’ surf-laced psych garage sound in the early Global Garage days. I’ve been eagerly following their output since then, which led me to the Born Bad record shop where the guy at the counter, Maxime, gave me a copy of their I Can Not Read Your Mind 7″ which they followed up with The Devils EP in 2017. When I was in Paris last year, I had a chance to sit down and talk with them about their upcoming third record. Based on their description of the record, it sounds like their sound will go into some fascinating territory, including one track they described as “psych grunge” as well as a song influenced by the 60’s French pop Yé-yé style. The band is recording in June and in our interview they announced that the new record would be titled Silence Kills. – Ryan

When preparing for a trip to Mexico City nearly a year ago, I religiously searched for music venues and constantly checked to see if shows were added during the time of my visit. After weeks of this, I found a show that sounded right in the Global Garage wheelhouse: The Broccolis, a garage band, and Cascabel, a psych band. That show was easily in my top five of last year, everyone in the venue was passionate about their scene and the music had so much life that night. It felt as if I were at a hometown show as I was welcomed into this music community for a few hours. Cascabel is currently recording their third record, the follow-up to 2017’s Cobra, and I’m excited to hear what they’ll come up with next.– Ryan

Last month they gave us a taste, streaming a bit of their recording session on Facebook:

The band’s debut, Try Not To Freak Out, was one of my favorite records of 2017, which I called “the feminist-forward soundtrack to life as a Millennial, capturing the fight against outdated norms and social pressures while trying to figure out how day-to-day life works in an unsettled world.” When I caught up with Sløtface at the DC9 music club before their show nearly a year ago, they said the second record would be released sometime in 2019. I’m curious to see how their sound evolves with this new record, especially in the face of all that has happened in the world over the past two years.

Relevant side note: in revisiting Try Not To Freak Out while writing this, I proceeded to get it stuck in my head all over again. I guess this will be what I will be listening to for the next week… or ten.– Ryan

While searching for punk bands from Belarus, I stumbled on an article published by CAFEBABEL titled Belarus’ Messed Up Punk Scene which credited the band with “reshaping the country’s music scene since 2015.” After listening to their 2016 debut EP, 100% GRLZZZ PUNK ROCK, I began to understand what the article meant. Messed Up intended to release their debut in 2018, but ran into a few roadblocks along the way. Now, this debut record three-years-in-the-making is expected to hit eardrums this year.– Ryan

The band’s self-titled 2016 debut is a fun, creative, beautiful work of psych-pop and might be one of my favorite albums ever recorded (a list which is, admittedly, long, but still). Trumpets of Consciousness has been teasing people on its Facebook page with what looked to be album art, beautifully painted by David Sala, the artist who painted the debut release as well. The released art, and February 15th date of release, has been confirmed on Le Pop Club‘s website and I couldn’t be more excited to hear what the band has in store next!– Ryan

When I first stumbled up on El Paraiso Records, Monarch’s Two Isles was one of the first records in their catalogue I fell in love with. They finished recording their follow-up last year and I’m looking forward to this Southern California powerhouse melting my face once more.– Ryan

I was going to include IDLES here as a half-joke because they released a record two years in a row and ended up on our favorites list each time. Against my better judgement, I expected them to take a break/victory lap after ending up on a ton of “Best Of” lists last year, but then they tweeted that they started working on the record. Nothing is confirmed in terms of when it will be released. It might not be out in 2019 but, if I were a betting man, based on the drive this band has I wouldn’t be surprised if it shows up by the end of the year. And, if the record is as they indicated when I talked with them last year, it will be a further refinement of the IDLES we’ve grown to love.– Ryan

Hailing from Buenos Aires and now based in Bilbao, Spain, this husband-and-wife duo have been delivering thrilling garage-psych with the wild abandon of the Keys or the Stripes since 1998. They’ve been relatively quiet since the release of Santa Rosa in 2016, but that’s about to change with the release of a new full-length this year. Lead single “Siren’s Lips” is built around a funky psychedelic riff that serves as a perfect introduction to the band in under three minutes.– Paul

After departing from Trembling Bells, the folk rock group with whom she’s performed for the past 10 years, early music songstress Lavinia Blackwall is preparing to release her debut solo album this year. It’s hard to describe the joyous yet ethereal sound of “Waiting for Tomorrow,” the first single from the new album, which is accompanied by an appropriately cosmic video. I’m hoping for a release by spring, as this is the perfect soundtrack as a frozen world thaws and wakes to greet a hopeful future.– Paul 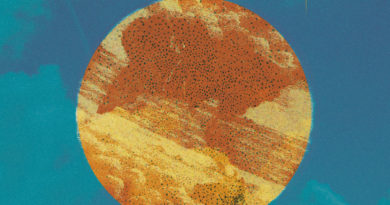 Album of the Week: Cascabel – We Are Universe (Toga Records)

September 3, 2019 Ryan Comments Off on Album of the Week: Cascabel – We Are Universe (Toga Records)