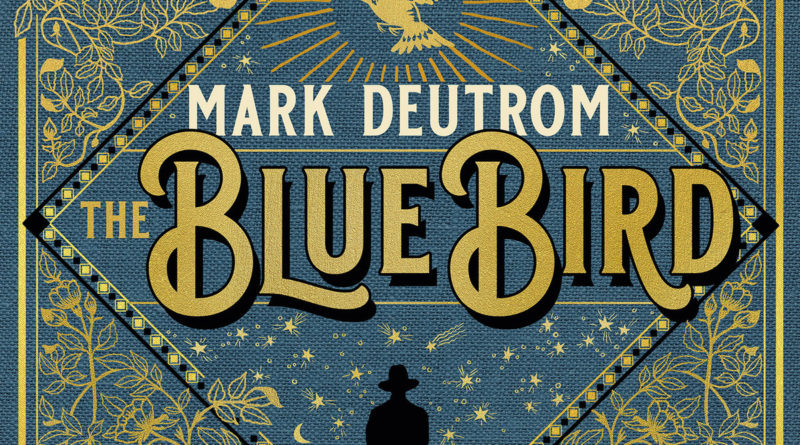 Mark Deutrom’s resume is the stuff of underground rock legend. After studying composition at California Institute of the Arts under the tutelage of John Cage, Aaron Copland and others, Deutrom launched a tenacious career supporting a legion of icons. As a producer, he recorded albums by the Melvins and Neurosis. As the founder of Alchemy Records, he released work from Poison Idea and the Melvins. As the Melvins’ bassist from 1993-1998, he contributed to albums like Stoner Witch and Honky between tours with the likes of Rush, Nirvana, Tool, KISS and Nine Inch Nails. In 2006, he toured with Sunn O))).

On his first solo album in six years, The Blue Bird, Deutrom draws plenty from his years of heavy riffs and fuzz-blasted tones, but also explores more gentle, melodic ideas and atmospheric excursions. As much as songs like “Our Revels Now Are Ended” or “Futurist Manfesto” embrace the sludgy tones and aggressive tenor of his past associations, Deutrom explores entirely disparate realms as well. “Radiant Gravity” has the ethereal feel of Joe Meek and the Blue-Men’s cult 1960 record I Hear A New World. “They Have Won” is a patient, meandering piece that evokes some of Nick Cave’s quieter moments. “Somnambulist” offers a cinematic soundscape of bright reverb and streaks of ambient noise.

Indeed, The Blue Bird is a rangy, exploratory album, full of detours and unexpected tonal shifts from song to song. But it also showcases Deutrom’s versatility as a songwriter and performer, acknowledging past associations without relying on them to propel his work.